Total 535 inmates have been infected by coronavirus in 10 jails across the state, and of the highest 435 were from Guwahati 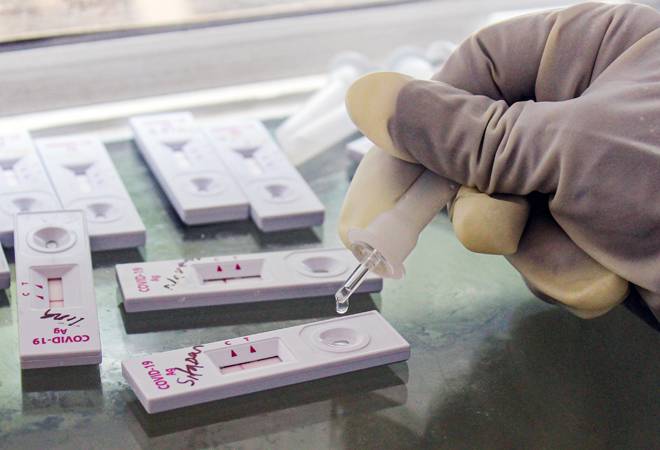 Over 44 per cent of the 984 prisoners in the Guwahati Central Jail, including peasant leader Akhil Gogoi and student activist Sharjeel Imam, have tested positive for COVID-19, a senior official said on Thursday.

The Gauhati High Court has ordered the Assam government to provide the best treatment to prisoners who have tested positive for COVID-19 after suo motu cognisance of the rising number of cases inside the jails.

Total 535 inmates have been infected by coronavirus in 10 jails across the state, and of the highest 435 were from Guwahati, Assam Inspector General of Prisons Dasarath Das told PTI.

After creating a 200-bed Covid Care Centre (CCC) inside the Guwahati Central Jail to treat the asymptomatic patients, authorities are creating a second such facility inside the Nagaon Special Jail.

A total of 376 inmates of different jails, including 111 from the one in Guwahati, will be released in the next few days to decongest the prisons in view of the COVID-19 outbreak.

"We have completed testing of all prisoners inside the Guwahati jail and found that 435 tested positive. Out of them, 197 have recovered and returned from the hospitals. On a state-wide level, we have detected 535 positive cases from 10 jails so far," Das said.

The worst affected Guwahati Central Jail currently has 984 inmates against its capacity to house 1,000 prisoners, he added.

Meanwhile, registering a public interest litigation (PIL) after receiving a letter from senior advocate Nilay Dutta, the Gauhati High Court bench comprising of Chief Justice Ajay Lamba and Justice Manish Choudhury ordered the Inspector General-Prisons to file an affidavit on the issue and listed the case on September 8 for next hearing.

"In the meantime, we hereby direct that the best of the measures available with the state of Assam, be employed to give qualitative treatment to the jail inmates across the state so that no further damage is caused," the order said.

Das said the CCC was set up inside the jail after three prisoners escaped from Sonapur Civil Hospital, of whom one has been re-arrested.

"The CCC in Guwahati jail is a 200-bed facility. It is being maintained jointly by the jail and health officials, while the NHM (National Health Mission) has provided doctors, nurses and other medical staff. Their diets have also been improved as per THE COVID-19 guidelines.

"Now, a second such CCC is being set up at the Special Jail of Nagaon, where already 54 inmates have tested positive. It is a joint initiative between the district administration, health officials and jail authority. This will be ready within the next few days," the IG said.

While peasant leader Akhil Gogoi is being treated at Gauhati Medical College and Hospital, Sharjeel Imam is recovering at CCC inside the Guwahati Central Jail. Both were arrested in cases related to protests against the Citizenship (Amendment) Act.

"Since March, we have been taking various measures proactively to make our jails coronavirus-free and we succeeded to a large extent. But after the first case on June 4, the inmates got infected, mostly in Guwahati," Das said.

He said the authorities were releasing prisoners on a regular interval as per the direction of the Supreme Court to decongest the jails and another set of inmates will be released soon.

"The high-powered committee formed after the SC guidelines met on Wednesday. We have sent a proposal to release 376 prisoners from eight crowded jails. This includes 111 inmates of the Guwahati Central Jail," Das said.

The remaining inmates are from seven district jails of Nalbari, Dhubri, Karimganj, North Lakhimpur, Golaghat, Diphu and Udalguri, he added.

"We have released total 6,801 prisoners since March to decongest the jails. This includes 6,671 undertrials, who were released on bail and personal bonds. Out of these, 2,000 undertrials were released at one go in the initial period," Das said.

Another 115, who are convicts, were allowed to go home on annual leaves, besides 15 more were released on parole, he added.

Every eligible convict gets 30 days of annual leaves for emergency purposes as per the rule.

Das said that the 31 jails and six detention centres currently house around 8,800 inmates against the sanctioned capacity of 8,938 persons. The number came of inmates at the jails came down after more than 300 prisoners were released.

"We are at a comfortable level now and implementing social distancing inside the jails. Though we have released a huge number of prisoners, new inmates are coming in on a regular basis. That is why the total number is not going down drastically," he explained.

Das said that a committee is being formed in every district to monitor the coronavirus condition and the security mechanism in the jails.

Talking about steps initiated to contain the spread of the deadly virus, Das said they are allowing a new inmate to go inside the jails only if he or she tests negative.

"If the accused or the convict tests positive, we send the person to hospital directly. We have also stopped visitors to meet the prisoners and provided telephone facilities to talk to their families and advocates for routine legal talks," he added.

Kurukshetra tea seller applies for bank loan, gets shock of his life

US, allies must use more creative approach to press 'Frankenstein' China: Mike Pompeo