Kerala landslides: A big hill collapsed over the estate lanes where 20 families resided at Pettimudi division of Neymakkad estate in Rajamalai; families are trapped under mud and the debris 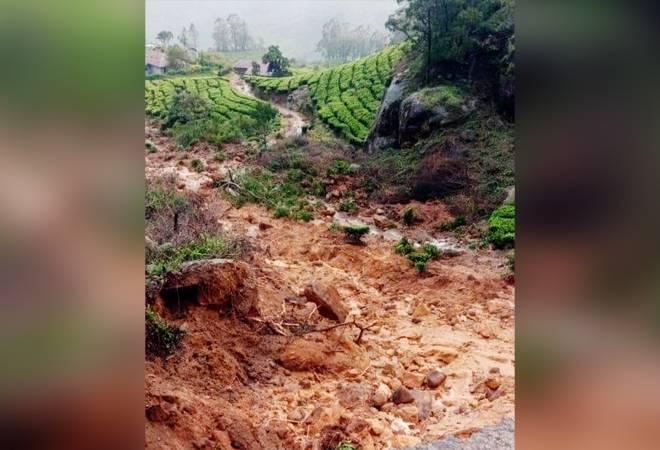 Four dead bodies have been recovered so far

A big hill collapsed over the estate lanes where 20 families resided at Pettimudi division of Neymakkad estate in Rajamalai. The families are trapped under mud and the debris. Rescue teams, including the National Disaster Response Force (NDRF), are trying to reach the accident spot, a difficult area to access. It has been raining heavily in the hilly Munnar region for the past four days. Four dead bodies have been recovered so far, said sources.

K Mathew Abraham, KDHP managing director and CEO, could not be contacted. The region has no power supply for over two days, said sources.

KHDP has about 12,500 workers in these estates. In 2005, the Tatas had handed over the company to its workers in an employee buyout (EBO) option, one of the first experiments in India's plantation sector. Tata Global Beverages still retains nearly 29 percent stake in KHDP, and also owns the Kannan Devan tea brand. In 2005, the then Tata Tea had retained a nominal 19 per cent stake in KHDP to support the workers manage the company. The Tatas still own over 58,000 acres in Anjanad and Kanan Devan Hills and have given it to KHDP on a 30-year lease. KDHP, which markets popular tea brand Ripple, has about Rs 360 crore revenues a year.

In 1877, the King of Poonjar in Kottayam, Kerala gave the hills and forests in the Munnar hills to John Daniel Munro, the then British resident of the Travancore kingdom, to start plantations. In 1895, Finlay Muir & Co bought 33 estates and KHDP was formed to run these estates. In 1971, Kerala enacted the Kanan Devan Hills (Resumption of Lands) Act which allowed the Finlays to retain nearly 59,000 acres. In 1964, the Tata Group collaborated with the Finlays to form Tata-Finlay Group and later Tata Tea was formed in 1983.