Pulse Polio 2020: Tamil Nadu,Karantaka and Kerala are organizing the pulse polio immunisation camps tomorrow. Here's all you need to know 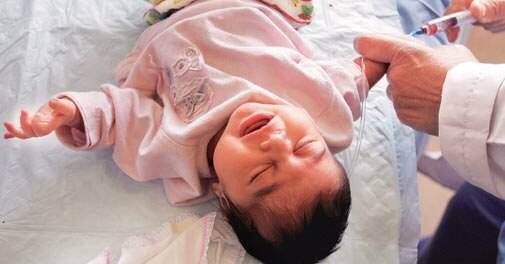 Polio vaccinations are given to children below 5 years of age

The Tamil Nadu state government will conduct the yearly pulse polio immunisation camp on January 19 as part of a nationwide campaign. This camp will be held for more than 71 lakh children. These vaccination drives will be held in single-phase while the next week will be for mop-up, according to the director of public health Dr K Kolandaisamy.

Aggressive polio campaigns will be conducted across the state wherein more than 50,000 booths will be set up.  These centres will be set up in primary health centres, government hospitals, state medical colleges, ICDS centres, noon-meal centres and schools. To cover children who live in areas with connectivity problems, the state has arranged transit booths and mobile teams. Apart from TN, Kerala government is also holding its polio campaign on Sunday. The pulse polio immunisation camp will begin at 8 am. The state health minister said that on Sunday, booth level vaccinations will be given. She further added that the children who couldn't be vaccinated on Sunday will be identified and given the vaccine through home visits on Monday.

The state government of Kerala has set a target to give oral polio vaccines to 24.5 lakh children who are below 5. The state government has set up 24,247 vaccination booths, transit booths and mobile booths to achieve this target. On Sunday, the vaccination process will commence from 8 am and end at 5 pm. The transit booths in railway stations will, however, remain functional for a 12-hour duration,i.e, 8 am-8 pm. These vaccines will also be available at the camps of migrant workers.

The Karnataka govt is also conducting a pulse polio immunisation drive tomorrow in the entire state. This campaign will be conducted in a single phase and will target 64,65,561 children below the age of 5. The drive will be carried out from 8 am to 5 pm. The state Health Department has set up 33,021 booths for this drive. Apart from setting up booths, 1,09,554 workers, 7,105 supervisors and 977 mobiles will be a part of this drive. The Karnataka Health and Family welfare minister also appealed to the parents to provide their kids below 5 with polio vaccines.

Apart from this appeal, minister B. Sriramulu also stated that the Health department teams on the mission will engage in door-to-door visits for 3 days. This will be done to fulfil the target. People can also use the 'Nearby Polio Vaccination Centre, Karnataka' Android App to track the nearby polio centres. Just like Kerala, here also the polio vaccination booths will be set up at railway stations, metro stations, bus stands and airports.