The second Uday Express will have a carrying capacity of 50 passengers on upper deck, 48 on lower deck and 22 on the ends 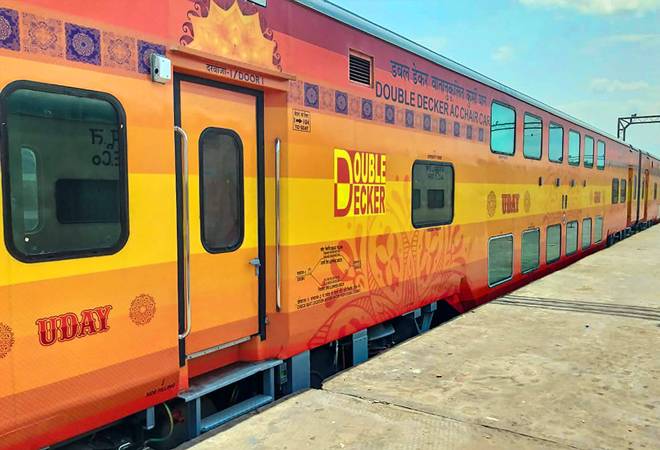 Railways' second double-decker Uday Express will run between Visakhapatnam and Vijayawada to cater to the busy route in the East Coast Railway zone, officials said on Monday.

The first Uday or Utkrisht double-decker Yatri Express was a specially-designed air-conditioned chair car which started service between Coimbatore and Bangalore in June 2018.

The trains are primarily allocated to routes with heavy passenger traffic. They are equipped with WiFi facility, have striking interiors, cushioned seating, and display screens.

Another Uday Express is proposed between Bangalore City and Chennai Central.

On its return journey, train number 22702 will leave Vijayawada at 17:30 pm and reach Visakhapatnam at 22:55 pm. It will have stoppages at Duvvada, Anakapalle, Tuni, Samarlakota, Rajamahendravaram, and Eluru between Visakhapatnam and Vijayawada.

The date of introduction of the train has not been decide yet.