To adhere to social distancing norms due to the current pandemic, firms and individuals are opting for digital gifts ensuring safety of others. The handing over of regular Diwali sweets or a chocolate hamper personally is passe and responsible gifting has become a norm 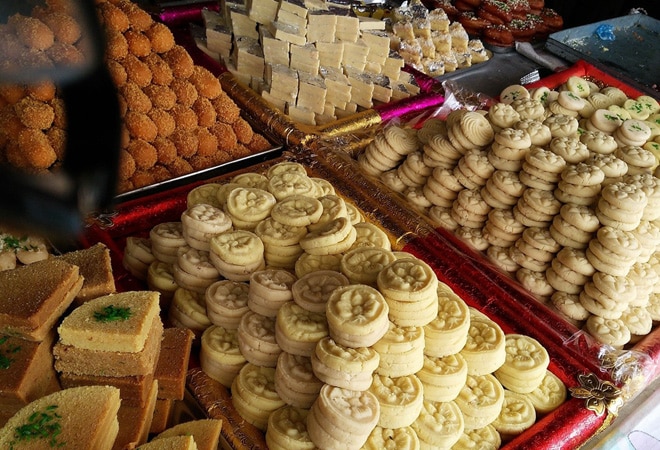 To celebrate Diwali with its employees, ed-tech firm Byju's created a microsite for its employees to claim goodies of their choice such as diyas, cracker-shaped chocolates and a specially-designed water bottle. There were virtual bhangra workshops too.

To adhere to social distancing norms due to the current pandemic, firms and individuals are opting for digital gifts ensuring safety of others. The handing over of regular Diwali sweets or a chocolate hamper personally is passe and responsible gifting has become a norm.

No wonder gifting retailers are seeing phenomenal response for their digital channels. "Online sales channel is growing much faster than anticipated," says Manish Saini, Chief Operating Officer, Ferns N Petals. He says sales for online channel is growing at 50 per cent, however occasion-led sales for Karwachauth and Diwali have been growing by more than 100 per cent for the last six-eight weeks.

Also, online as a channel is growing faster than offline retail. Until last year, the split between online and offline channel was 50:50; post the pandemic online has become 70 per cent.

Pratap TP, co-founder of gift solutions provider Qwikcilver (a Pine Labs subsidiary) says digital gifting has been clocking healthy growth over the last three years, but this year has been phenomenal. "Digital gifting has grown to the extent that 90 per cent of corporate gifting, for firms big and small, is through digital gift cards which wasn't the case earlier. Although earlier the companies in our database would like to buy gift cards, they would give them personally," he says. Qwikcilver works with 1000-plus enterprises.

Flipkart too has been seeing demand for gifting combos online such as diya-idol-candle-greeting card combos, and tealight holder sets, among others, a trend that kicked off during Rakshabandhan, said the e-tailer's spokesperson.

In fact, a lot more people across the country are accessing e-commerce for delivery.  "Earlier the online business would come from tier-one cities and metros but during Rakshabandhan, orders started coming from tier-3 and tier-4. We are seeing this being repeated this month," says Saini of Ferns N Petals.

Newer categories have come in too. Instead of giving gift cards for fancy dinners or retail therapy, lower value gift cards for gaming platforms, grocery, and OTT subscriptions are also a hit with consumers, says Pratap TP.

Also Read: PUBG Mobile to be back in India! And the players won't be half-naked...

Why English entertainment channels are shutting down despite high viewership