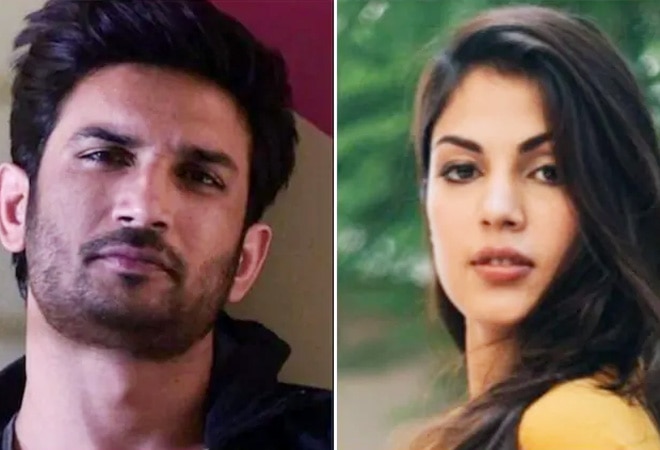 Rhea Chakraborty on Monday filed an official complaint with Mumbai Police against Sushant Singh Rajput's sister Priyanka Singh over a bogus medical prescription. She also named Dr. Tarun Kumar of Ram Manohar Lohia Hospital and others (in the complaint) for offences of forgery under IPC 1860, NDPS Act, and Tele Medicine Practice Guidelines 2020.

The actress, in her complaint, accused Priyanka of sending a "bogus medical prescription" to her brother, adding that it (prescription) was "forged and fabricated".

The complaint read, "I say that during the course of my relationship with the deceased, the deceased had been undergoing treatment for various mental health issues and had been diagnosed as suffering from Bipolar Disorder by multiple renowned doctors. However, the Deceased was not disciplined in respect of his treatment and would often abruptly stop his medication to the dismay of his doctors and myself."

She added that on the morning of June 8, 2020, Sushant Singh Rajput had been on his phone incessantly and when she inquired what he was doing, the late actor showed her the messages he was exchanging with his sister, Priyanka Singh.

Rhea further stated that she was "shocked upon reading the said messages as his sister Priyanka had sent him a list of medicines to take" after which she asked him not to take any other medication besides the ones prescribed by doctors who had "examined and treated him over several months" and least of all the medication "prescribed by his sister who has no medical degree".

Rhea said that she and Sushant Singh Rajput disagreed on the point she made and insisted that "he would only take the medicine his sister was prescribing him" after which the late actor asked her to leave the house as his other sister Meethu Singh was coming over to live with him and would take care of him.

Rhea then went on to say that "it was thus that I came to leave our residence at Mount Blanc, Bandra" which was the last time she saw Sushant Singh Rajput alive.

The complaint further read, "it has now come to light that his sister Priyanka had subsequently on the same day had a prescription by one Dr. Tarun Kumar, an Associate Professor of Cardiology from Dr. Ram Manohar Lohia Hospital, New Delhi" which Rhea alleged that appeared "forged and fabricated".

She also alleged that Dr. Kumar "appears to have prescribed medication controlled under the Narcotic Drugs and Psychotropic Substances Act, 1985 to the Deceased without any consultation as mandated by Law" and that the drugs prescribed by him were prohibited from being prescribed electronically under the Telemedicine Practice Guidelines issued on 25th March 2020.

Rhea Chakraborty is being questioned by the NCB for the second time on Monday, September 7. The federal anti-narcotics agency had on Friday arrested Rhea's brother, Showik, and Sushant Singh Rajput's house manager Samuel Miranda under its investigation in the drug angle in the case.