Rhea Chakraborty bail: Bombay High Court pointed out that she has no criminal antecedents and that she had not forwarded the drugs allegedly procured by her to earn monetary gain 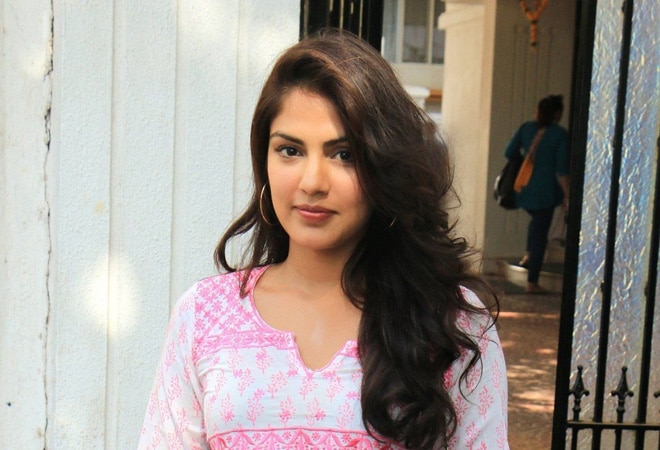 The Bombay High Court granted bail to actress Rhea Chakraborty in connection with the drugs probe, an offshoot of the investigation into Sushant Singh Rajput's death. The court said that no drugs were recovered from the actress' or Rajput's residences. It added that she is not a part of the chain of drug dealers. The bail order said that in such a case there was no evidence to show that Chakraborty had committed any offence.

"The investigation did not reveal any recovery either from the Applicant or from the house of Sushant Singh Rajput. It is their own case that the drugs were already consumed and hence there was no recovery. In that case, there is nothing at this stage to show that the Applicant had committed any offence involving commercial quantity of contraband. The material at the highest shows that she has committed an offence involving contraband, but, the crucial element of incurring rigours of Section 37 in respect of commercial quantity is missing. Therefore, I am satisfied that there are reasonable grounds for believing that the Applicant is not guilty of any offence punishable under Sections 19, 24 or 27A or any other offence involving commercial quantity. There are no other criminal antecedents against her," stated the order.

The Bombay High Court also stated that Rhea Chakraborty was not part of the chain of drug dealers. It pointed out that she has no criminal antecedents and that she had not forwarded the drugs allegedly procured by her to earn monetary gain. "Since she has no criminal antecedents, there are reasonable grounds for believing that she is not likely to commit any offence while on bail," stated the court.

The bail order also disagreed with the Additional Solicitor General who argued that celebrities and role models should be treated harshly so that it sets an example for younger generations. The court said that everyone is equal before the law. "No celebrity or role model enjoys any special privilege before the Court of law. Similarly, such person also does not incur any special liability when he faces law in the Courts. Each case will have to be decided on its own merits irrespective of the status of the accused," it stated in the bail order.

The Bombay High Court also disagreed with the arguments that Rhea Chakraborty might alert others and destroy evidence. "There is no basis for such observation. It is also important to note that when the Applicant was produced before the Court for her first remand, the investigating agency did not seek her custody. That means, they are satisfied with her interrogation and she had cooperated in that investigation," stated the court in Rhea Chakraborty's bail order.

While this comes as a relief for the actress who was languishing behind bars for a month, it must be mentioned that her brother Showik Chakraborty who was also arrested has not been granted bail. Chakraborty will need to submit her passport and Rs 1 lakh bond for the bail.

Chakraborty's lawyer Satish Maneshinde said, "We are delighted by the order of the honourable Bombay High Court for granting bail to Rhea Chakraborty. Truth and justice have prevailed and ultimately the submissions on facts and law have been accepted by Justice Sarang V Kotwal." He said that her arrest was unwarranted and beyond reach of the law. Maneshinde alleged three central agencies, CBI, ED and NCB, of witch hunting the actress and asked them to lay it to rest.