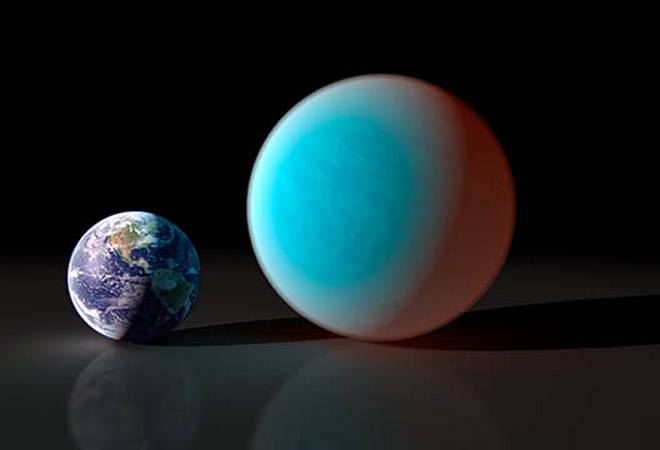 Dr Herrera Martin, who is one of the lead researcher in the discovery, said the planet was discovered using a technique called gravitational microlensing

Scientists have spotted a new planet towards the center of the galaxy that bears some eerie similarities to Earth.  Astronomers at the University of Canterbury (UC) have described the planet as a Super-Earth planet.

The University of Canterbury, in a press release, said, "The planet would have a mass somewhere between that of Earth and Neptune, and would orbit at a location between Venus and Earth from the parent star".

The new planet is among only a handful of extra-solar planets that have been detected with both sizes and orbits close to that of Earth.

Dr Herrera Martin, who is one of the lead researcher in the discovery, said the planet was discovered using a technique called gravitational microlensing.

Microlensing is the method of discovering planets at truly great distances from Earth. In the gravitational microlensing method, one star passes in front of another, it bends the light like a lens, making it brighter. If the lens-making star has a planet, it makes another star even brighter.

"The combined gravity of the planet and its host star caused the light from a more distant background star to be magnified in a particular way. We used telescopes distributed around the world to measure the light-bending effect," Martin said.

This particular microlensing event was observed during 2018 and designated OGLE-2018-BLG-0677. Scientists combined microlensing observations gathered by two facilities: the Optical Gravitational Lensing Experiment based in Poland; and the Korea Microlensing Telescope Network, which consists of a trio of instruments in Chile, South Africa and Australia.

"Dr. Herrera Martin first noticed that there was an unusual shape to the light output from this event, and undertook months of computational analysis that resulted in the conclusion that this event was due to a star with a low-mass planet," the university said.

The research is explained in a paper published on May 7 in The Astronomical Journal.

Lockdown 4.0: Relaxations in New Delhi from May 18 based on Centre's decision, says Kejriwal

Coronavirus crisis: What is 'One Nation, One Ration Card'?