Stressing the need for educational development of tribal communities, President Ram Nath Kovind said education was the most effective medium for the progress of any person or community 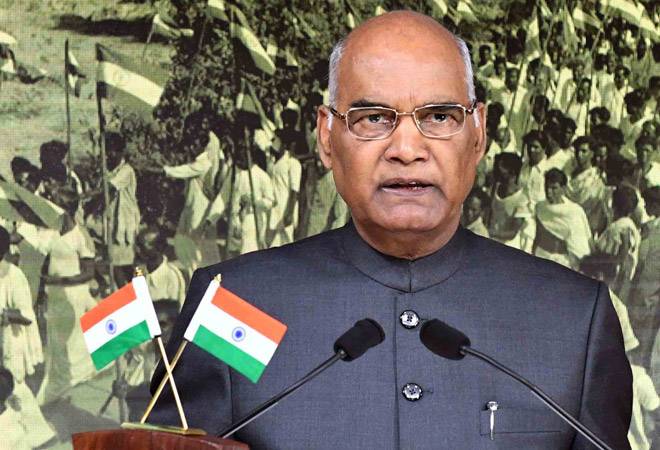 President Ram Nath Kovind on Sunday said people can learn a lot from tribal communities where there was no gender-based discrimination and as a result, the sex ratio among them was better than the general population.

Stressing the need for educational development of tribal communities, he said education was the most effective medium for the progress of any person or community.

Addressing a state-level ''Janjatiya Sammelan (tribal meet)'' here in Madhya Pradesh, Kovind said that in tribal societies, groups are given importance over individuals and cooperation is encouraged instead of competition.

"We can learn a lot from our tribal brothers and sisters. In tribal communities, stress is laid on unity- based societies," he said.

"There is no discrimination between men and women, and that is why the sex ratio in these communities was better than the general population," he added.

As part of their lifestyle, tribals give the highest respect to nature, Kovind said.

He said the lifestyle of tribals is simple where hard work is appreciated.

To connect to the roots of humanity, people should adapt the values followed by tribals in their lifestyle, the president said.

He also said that tribal communities are treasure troves of traditional knowledge.

"I have been told that the Baiga tribe, which is one of the most backward tribes in Madhya Pradesh, has immense knowledge of traditional medicine and health care," he added.

The participation of the tribal community in the plans for the processing and manufacture of traditional ayurvedic medicines can prove to be very useful, Kovind said.

"Our tribal brothers and sisters are rich in skill in the field of handicraft. Efforts should be made so that their handicraft products are well-priced and widely marketed," he said.

On the occasion, he unveiled the foundation stone for conservation work of Singorgarh fort and inaugurated the newly-carved Jabalpur circle of the Archaeological Survey of India (ASI).

Singorgarh fort in Damoh is associated with the erstwhile Gondwana kingdom's Rani Durgavati.

The president later left for Delhi around 3.30 pm from Jabalpur, wrapping up his two-day Madhya Pradesh visit, an official said.

State Governor Anandiben Patel, Chief Minister Shivraj Singh Chouhan were present at Jabalpur''s Dumna Airport to see him off. The president left in an IAF aircraft, he said.