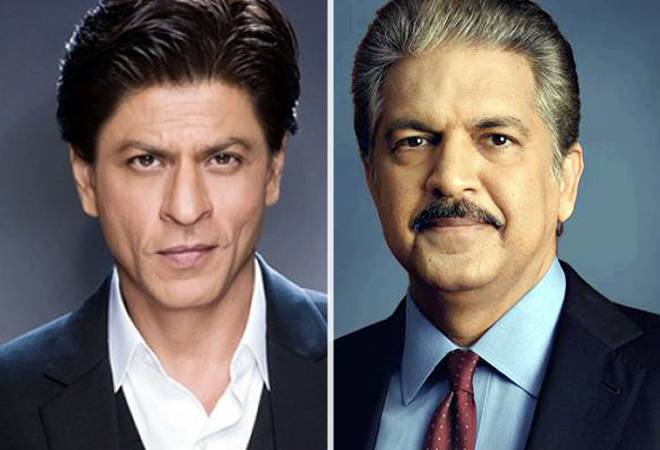 Shah Rukh Khan and Anand Mahindra have taken to social media to laud a math teacher's unique but very simple multiplication formula. In a video that has gone viral, a teacher can be seen teaching her students how to use the ten fingers for multiplication instead of learning the multiplication table of 9, which can be burdensome for young minds.

Mahindra Group chairman Anand Mahindra shared the viral video and said, "Whaaaat? I didn't know about this clever shortcut. Wish she had been MY math teacher. I probably would have been a lot better at the subject!"

Shah Rukh Khan quoted Mahindra's tweet and said, "Can't tell you how many of my life's issues this one simple calculation has solved wow! Sending it to byju to include it in their teaching methods." Shah Rukh Khan is the brand ambassador of the popular teaching platform Byju's.

Can't tell you how many of my life's issues this one simple calculation has solved wow! Sending it to #byju to include it in their teaching methods. https://t.co/nC8qIojGVF

In the video a teacher can be seen demonstrating how to easily remember the multiplication table of 9. She can be seen saying that if 9 needs to be multiplied by 4, all one needs to do is hold the fourth finger that leaves 3 fingers on one side and 6 on the other, meaning that the answer is 36. She goes on to show a variation of calculation.

The superstar also held an AMA (ask me anything) session on Twitter yesterday. When one user asked him if he had any advice for Chemistry students, SRK in his trademark wit quipped, "Please direct this question to my chemistry teacher...Sushmita Sen." Sushmita Sen played the role of his Chemistry teacher in Farah Khan's hit film 'Main Hoon Na'.

ONGC receives 28 bids for 50 oil, gas fields in first round of bidding