Weather report Delhi: To make matters worse, the IMD has predicted thunderstorms with moderate to heavy rain would continue to occur over several places in and around Delhi over the next 2 hours

Heavy downpour lashed parts of Delhi-NCR on early Thursday morning, bringing down the temperature to 29 degrees. Though the residents woke up to pleasant weather, the civic infrastructure of Delhi and neighbouring areas was in shambles due to heavy waterlogging.

Waterlogging has been reported from many places like Baraf Khana, MB Road at Pul Pehlad Pur, Mayur Vihar Phase 3 in Delhi and also Gautam Buddh Nagar in Noida. According to the Delhi Traffic Police, traffic shall remain affected at areas like MB Road Pul Pehlad Pur (both carriageways) and Baraf Khana due to severe waterlogging. Not only in areas like Baraf Khana and Pul Pehladpur, severe waterlogging has also been reported from areas such as Jhilmil underpass (both carriageways), Jhandewalan Mandir, MB Road at Lal Kuan, Ma Anandmayee Marg near DD Motors. 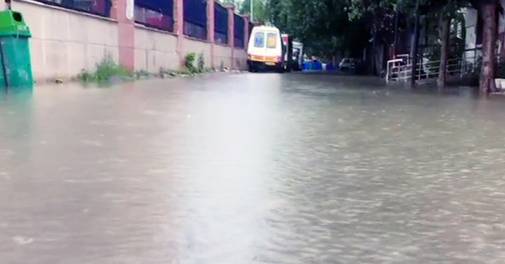 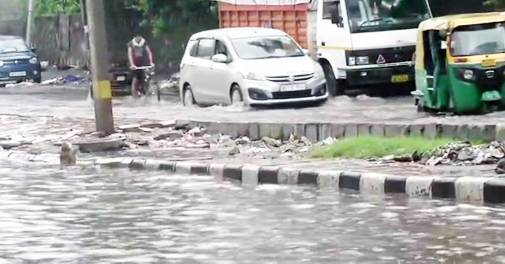 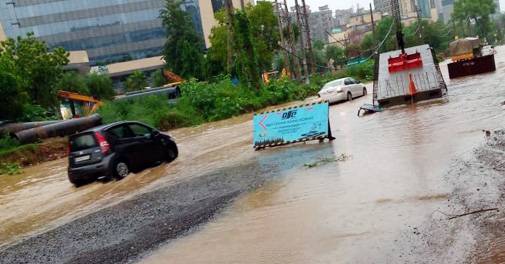 To make matters worse, the IMD has predicted thunderstorms with moderate to heavy rain would continue to occur over several places in and around Delhi over the next 2 hours. These places include IGI airport, Dadri, Etah, Ghaziabad, Noida, Greater-Noida, Ballabgarh, Faridabad, Gurugram, Manesar, Sohna, Modinagar, Pilakhua, Bulandshahr and Sikandrabad.

"Light to moderate rain occurs over Rewari, Kosli, Bhiwadi, Bawal, Matanhail, Charkhi-Dadri, Barsana, and Deeg during the next two hours," the Met Department said in an early morning tweet. The IMD also forecast that the national capital shall continue to witness downpours till August 25.

Heavy waterlogging has been reported from South City-2, Sohna Road in Gurugram. The Gurugram police tweeted that traffic is slow in certain places due to continuous rains and consequent waterlogging. They also urged the people to step out only if it is extremely urgent.

On Wednesday, incessant rains laid bare all that's wrong with the drainage systems of Delhi and Gurugram as rains flooded the roads and underpasses in the cities. The downpour also reduced the rain deficiency in Delhi from 13 per cent on Monday to 11 per cent on Wednesday.