The terrorist group ISIS, also known as ISIL, has claimed responsibility for the attack 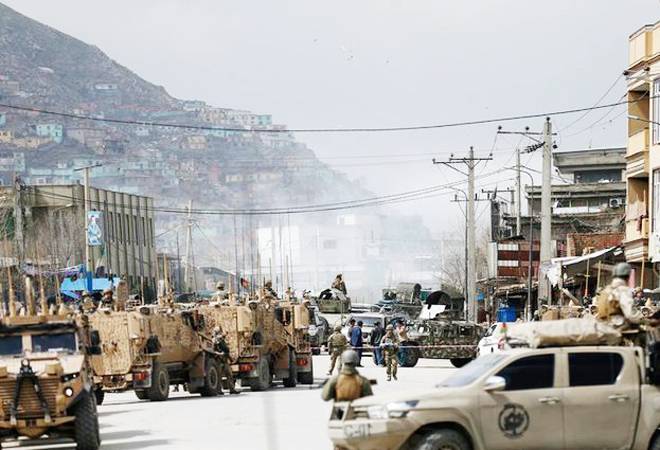 A Sikh gurudwara was attacked in Afghanistan's capital city Kabul by gunmen and suicide bombers. At least 11 people, including a child, have been killed in the attack. Eleven more have been injured.

Security forces have already locked the area and are in a battle with the militants. Ministry of Interior spokesman Tariq Arian said the attack began at 7:45 AM local time.

There were around 150 people inside the gurudwara at the time of the attack.

The terrorist group ISIS, also known as ISIL, has claimed responsibility for the attack. This is the second terrorist attack by the group this month. They attacked a Shia Muslim gathering in Kabul and killed 32 people.

The Taliban has distanced itself from the attack. It signed a deal with the USA after 18 months of talks but hasn't been able to reach an agreement with the Afghan government.

The Sikhs are a minority community in Afghanistan. The ISIS in 2018 had attacked the Sikh community with a suicide bombing and killed around 12 people in Jalalabad.

The Indian Ministry of External Affairs has condemned the attack saying that the attack on a place of worship of a minority community during the time of the coronavirus pandemic was "reflective of the diabolical mindset of perpetrators and their backers."