Patna police had filed the FIR under the IPC sections related to criminal conspiracy, abetment to suicide, wrongful confinement, criminal breach of trust, theft and criminal intimidation which was forwarded to the Centre for a CBI probe 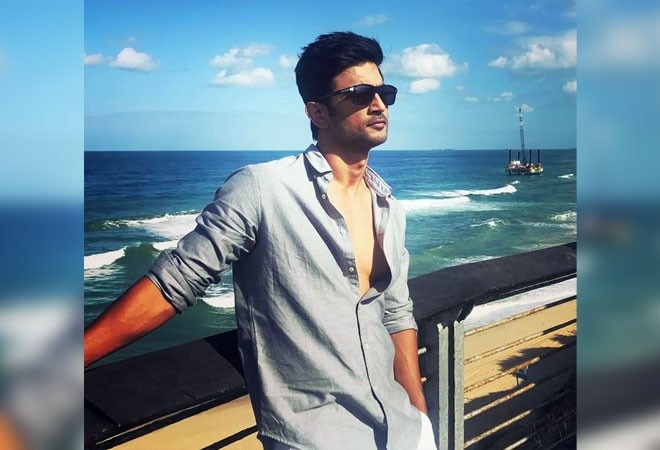 The CBI on Thursday took over investigation into the actor Sushant Singh Rajput death case and re-registered the Patna police FIR related to alleged criminal conspiracy and abetment to suicide against his rumoured girlfriend Rhea Chakraborty and her family members, officials said Thursday.

The case will be probed by a special investigation team under Superintendent of Police Nupur Prasad and will be supervised by DIG Gagandeep Gambhir and Joint Director Manoj Shashidhar, both senior IPS officers from the Gujarat cadre, they said.

Sources said the case will monitored at the top level in the agency on a daily basis.

The Patna police had filed the FIR under the IPC sections related to criminal conspiracy, abetment to suicide, wrongful confinement, criminal breach of trust, theft and criminal intimidation which was forwarded to the Centre for a CBI probe.

A state government cannot directly give a case to the CBI. It is routed through the Department of Personnel and Training, the nodal ministry for the CBI.

Following the book, the agency after receiving the reference from the central government, re-registered the Patna Police FIR as its own case on Thursday taking over the investigation.

In tweets from her official handle, the bollywood actress, while denying any role in Rajpur's death, had requested Union Home Minister Amit Shah a fortnight ago for a CBI probe.

"I'm Sushant Singh Rajput's girlfriend Rhea Chakraborty, it is now over a month since his sudden demise. I have complete faith in the government, however in the interest of justice, I request you with folded hands to initiate a CBI enquiry.... I only want to understand what pressures prompted Sushant to take this step," she tweeted on July 15.

However, her lawyer told the Supreme Court later that the Bihar government cannot recommend a CBI probe when the police from that state do not have any jurisdiction to even investigate the case.

In his FIR, Rajput's father had alleged that Chakraborty developed intimacy with the actor to use his contacts and started interfering in his work.

Chakraborty and her family members influenced him to leave the house where he used to stay citing the presence of ghosts and took him to a resort near Mumbai airport, Singh alleged in the FIR of the Patna police, which now forms the case of the CBI.

The Chakraborty family allegedly convinced him that he was mentally disturbed and needed good treatment, he alleged.

"When we came to know about it, my daughter went to meet him in Mumbai and tried to bring him back but Rhea Chakraborty and her family pressured him to stay and get treatment in Mumbai. They did not let him return," he alleged.

They gave him medicines in overdose, told people that he was suffering from dengue which was a lie, changed all trustworthy employees of Rajput, took control of all his credit cards and bank documents and cut him off from his immediate family, Singh alleged.

"Sometimes I managed to speak to Sushant on a phone taken by Rhea on the ID of her close aide Samuel Miranda. He used to say that these people want him to be put in a mental asylum and he was not able to do anything," he alleged in the FIR.

He said that Rajput wanted to leave films and wanted to do organic farming in Coorg but she allegedly did not let him leave.

Singh alleged that Rhea took away all his credit cards, bank documents, cash, jewellery, medical reports and other documents on June 8 and threatened him that she would announce that the actor was mentally unfit which would spoil his career.

Chakraborty had appointed Disha as the manager of Rajput who had committed suicide on the same night when Chakraborty left following which he was in extreme mental stress, Singh alleged.

Rajput allegedly feared that Chakraborty would frame him in the case and tried to contact her but she had blocked his number as result contact could not be established which accentuated his stress levels, he alleged.

The actor's sister visited him to talk to him and comfort him but after she left he allegedly committed suicide within two days, he alleged.

Rajput, aged 34, was found hanging from the ceiling of his apartment in suburban Bandra in Mumbai on June 14 and since then the Mumbai Police has been probing the case keeping in mind various angles.

The Maharashtra government has raised objection to the move as Bihar does not have jurisdiction to start a probe in a different state.

The Mumbai Police had registered an Accidental Death Report (ADR) and a probe is underway in the case. Till now, the Mumbai Police recorded statements of 56 people, including Rajput's sisters, Chakraborty and some other film personalities.

The Mumbai Police has recorded the statements of Bollywood directors like Aditya Chopra, Mahesh Bhatt and Sanjay Leela Bhansali.