Teacher's day: Every year India celebrates Teachers' Day on September 5 as a tribute to former President of India Dr Sarvepalli Radhakrishnan on his birth anniversary 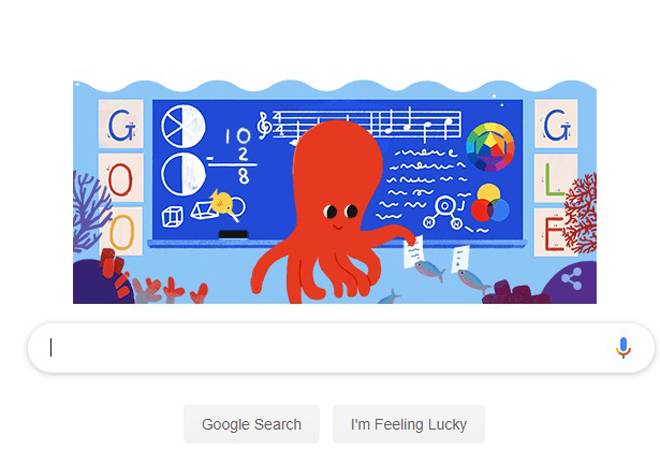 On the occasion of Teachers' Day, Google has dedicated its Doodle to educators and teachers across the country. The doodle shows an animated red-coloured octopus performing experiments, teaching mathematics and reading book - in short multi-tasking -- with its tentacles. Every year India celebrates Teachers' Day on September 5 as a tribute to former President of India Dr Sarvepalli Radhakrishnan on his birth anniversary. Dr Radhakrishnan, who was also India's first Vice President is known as an exemplary teacher, a renowned philosopher, scholar and a politician. Radhakrishnan's tenure as Vice President lasted for 10 years, from 1952 to 1963. Thereafter, he became the President of the country from 1962 to 1967.

Prime Minister Modi on Twitter shared a video and said, "Teachers Day greetings to everyone. India pays tributes to Dr S Radhakrishnan, an exceptional teacher and mentor, on his Jayanti."

Teachers Day greetings to everyone.

India pays tributes to Dr. S Radhakrishnan, an exceptional teacher and mentor, on his Jayanti. pic.twitter.com/nQWpa9tYLp

On Teachers’ Day, I pay homage to Dr S. Radhakrishnan & extend greetings to all our teachers. They infuse the young minds with strong values & inspire them to be curious, to seek knowledge & to dream. Doing this, they contribute immensely towards nation building #PresidentKovind

Why is Teachers' Day celebrated on September 5

It is said that when Radhakrishnan took over the office of the President, some of his former students came to wish him on his birthday on September 5 to which he said that he would be honoured if people celebrated September 5 as Teachers' Day.

Thereafter, India continued to celebrate Teacher's Day on September 5 from 1962 onward to mark the contribution of academicians and teachers in playing a significant role in building the lives of students as well as a better society.

Radhakrishnan was one of the most recognized and influential Indian thinkers in academic circles in the 20th century. His extensive knowledge on the Western philosophical and literary traditions earned him the reputation of being a 'bridge-builder' between India and the West.

As a child, Dr Sarvepalli Radhakrishnan was an outstanding student. He later studied philosophy at Christian College, Madras and subsequently started teaching at various colleges of the University of Mysore as well as University of Calcutta.

Radhakrishnan's written works include Indian Philosophy, 2 Vol. (1923-27), Philosophy of the Upanishads (1924), An Idealist View of Life (1932), Eastern Religions and Western Thought (1939), and East and West: Some Reflections (1955). In his lectures and books he tried to interpret Indian thought for Westerners.