The curious case of unspoken code at Apple reseller stores

Industry sources confirmed that this practice is helping Apple curb black marketing of the new models. When the new units are in demand, many resellers end up channelising these units to small retailers 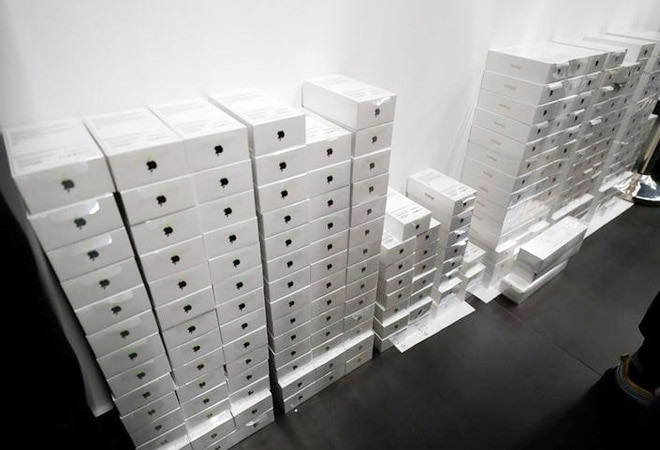 iPhone 12 customers are being forced to activate their new purchases at most of the apple authorised reseller stores in Delhi and Mumbai. Apple authorised seller Invent at Pitampura, New Delhi has an unwritten/unspoken code where customers are not allowed to walk out of the store before activating their devices.  Nyasa authorised store in Chembur, Mumbai is following the same code. When enquired about buying a packed iPhone 12 Pro for gifting, the store executive suggested to check a week later if they can hand over a unit without activating by then.

iWorld Store at DLF Promenade Mall at Vasant Kunj has been following a similar code for over two years now. An iWorld executive explained that it is not a directive from Apple India, but their own policy, which is applicable on all Apple devices including Macs as well as iPads. If the customer is not willing to open the box and activate the device at the store, he/she needs to sign an undertaking stating the same. "The idea is not just to help the customer set up their device but to ensure that the unit is scratch and damage free. The code has been put in place to address the increasing complaints about customers returning with scratched and damaged units. Once the customer walks out of the store, they will have to visit the service centre for any damage or hardware issues," says iWorld executive.

However, industry sources confirmed that this practice is helping Apple curb black marketing of the new models. When the new units are in demand, many resellers end up channelising these units to small retailers. This unwritten code ensures that the units land in the hands of the customers and not the sellers. It also helps in managing inventory.

Apple did not reply to Business Today's query till the time of filing the story. However, trade sources confirmed that Apple is practising no such code. Instead, given the current COVID-19 pandemic, the Cupertino giant has been following all social distancing norms and does not want customers to spend more than five minutes at the store.