Despite the ongoing challenges, Entomologist Perran Ross is upbeat about Wolbachia's role in stopping dengue around the world 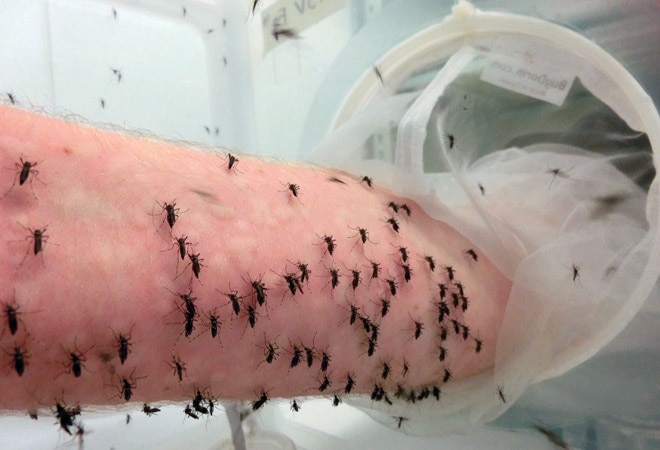 A Melbourne-based scientist has crossed all limits of dedication to find a cure for diseases such as dengue, zika and other viruses that are spread by mosquitoes. Entomologist Perran Ross fed himself to thousands of mozzies to find a cure for the disease.

The researcher, on Twitter, shared a gif of himself getting bitten by mosquitoes. The gif showed Ross's arm as lunch for a swarm of mosquitoes infected with a bacterium 'Wolbachia'.

Our study on inbreeding and laboratory adaptation in mosquitoes is out now! https://t.co/AnE8KU5aJRpic.twitter.com/ckUadL6ChD

He also shared an image getting his arm bitten by mosquitoes, and wrote, "Record day of mosquito blood-feeding today. ~5000 female mosquitoes fed and 16 mL of blood lost."

Usually, researchers all around the globe are doing this by injecting a bacterium called Wolbachia into a specific species' mosquito egg. Mosquito species Aedes aegypti, which is the main species that transmits dengue fever, does not have Wolbachia naturally occurring in its body.

The extremely tiny mosquito eggs require a micromanipulator - a very small needle - to puncture the egg wall and to keep the female mozzies alive they need to be fed. The easiest way for researchers to do that is by offering them blood, so they have to do it manually. That's where Ross's arm comes into play.

Despite the ongoing challenges, Ross is upbeat about Wolbachia's role in stopping dengue around the world. Ross explains that "It is going to be expensive and it requires a lot of community engagement and planning." "But I think it's possible," he added.