The ice cream, made from larvae, has three flavors-- chocolate, peanut butter and Christmas spices 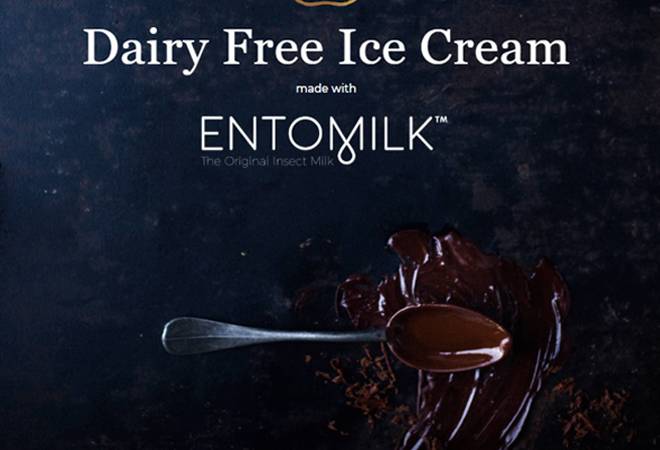 So far 1,900 insect species are consumed by humans worldwide.

A South Africa-based startup Gourmet Grubb has introduced ice creams that is made from insects. The company said that it has used EntoMilk, which is made from larvae of the black solider fly.

Gourmet Grubb co-founder Leah Bessa has mentioned on her website, "She wanted to redefine the thinking about insect as an alternative food source, and especially an alternative dairy product."

The ice cream, made from larvae, has three flavors-- chocolate, peanut butter and Christmas spices. Bessa told CNN International the EntoMilk has a 'earthy undertone' and give ice cream ' rich and creamy taste'. She further claimed that EntoMilk is higher in protein than other dairy milk.  Furthermore, the black solider fly has zinc, iron and calcium that are much higher than beef, Bessa added.  EntoMilk is lactose-free and gluten free and has zero percent carbohydrates and sugar content.

According to Gourmet Grubb, EntoMilk is more water efficient than dairy milk as the insects require less water, space to grow and they produce little or no greenhouse gases compared to traditional livestock.

Gourmet Grubb's ice cream is only available in South Africa.

The United Nations has also promoted insect farming as an alternative to traditional livestock. The UN has projected that the world will double  food production to feed the global population by 2050.