'Thought it was an alien': How 'Iron Man' terrified a small UP village

The Iron Man balloon was earlier spotted over the town of Dankaur in Greater Noida, Uttar Pradesh early morning. It then landed in a canal near Bhatta Parsaul village 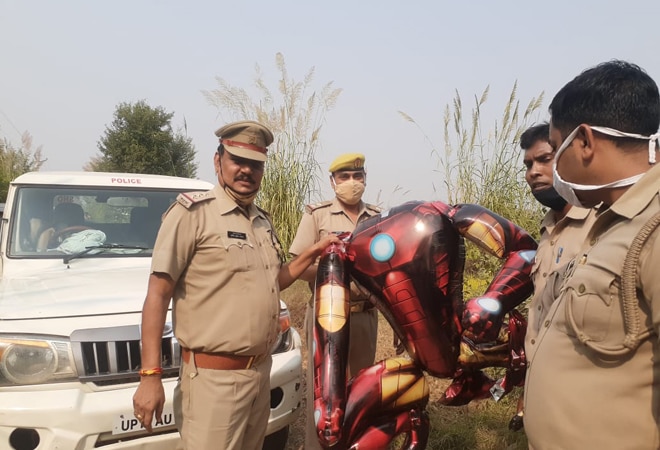 The residents of a small village in Uttar Pradesh were terrified on Saturday morning after they spotted what they thought was an alien. The "alien" in this case, but, was everyone's favourite Marvel superhero, Iron Man. A balloon in the shape of Iron man was caught in some bushes along a canal. The unusual and unidentified shape of the balloon led to quite some anxiety in the village.

The Iron Man balloon was earlier spotted over the town of Dankaur in Greater Noida, Uttar Pradesh early morning. It then landed in a canal near Bhatta Parsaul village. A crowd gathered near the spot to see what some believed to be an alien.

"It was a balloon filled with air that had gone up in the sky and later came down and got stuck in the bushes along the canal. A part of the balloon was touching the flowing water in the canal which had led the balloon to shake a little. Unbeknown to the spectators, this made for an anxious watch," Dankaur police official Anil Kumar Pandey said.

Pandey elaborated that the shape of the balloon was primarily the cause of all the anxiety. "It was shaped like the Iron Man given its colour and design. This was an unusual sight so some people even thought it was an alien, or something like that, and were apprehensive," Mr Pandey added.

The Iron Man balloon was then fished out of the canal around noon. There is nothing harmful in the object, he said, but it is yet to be figured out who let it loose.

High-frequency indicators point to economic recovery, but resurrection may be fragile: Brickwork Ratings