Tourists and Amarnath Yatra pilgrims started to leave the Kashmir Valley on Saturday in the wake of J&K authorities issuing an advisory, asking them to cut short their stay citing security threats. 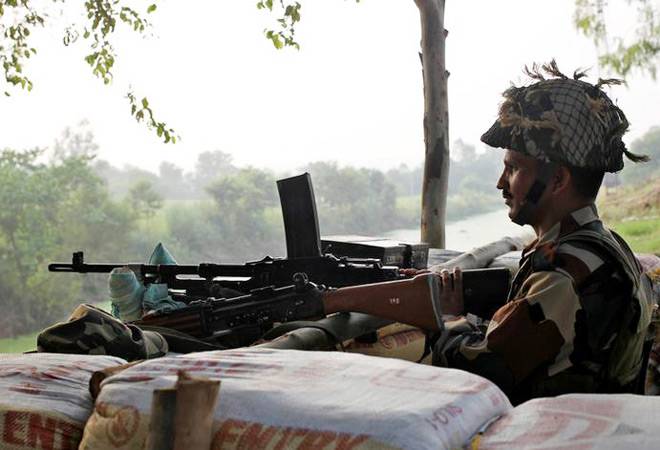 A top Army official said searches in the past few days had led to the recovery of a Pakistan-made mine and a huge cache of arms along the yatra route.

Tourists and Amarnath Yatra pilgrims started to leave the Kashmir Valley on Saturday in the wake of J&K authorities issuing an advisory, asking them to cut short their stay citing security threats.

An official at Srinagar Airport said Indian Air Force flights have been pressed into service "as per requirement".

Jammu and Kashmir Tourism Department sent buses on Friday, immediately after the advisory was issued, to different tourist destinations to bring the tourists back to Srinagar, director, Tourism Kashmir, Nissar Wani, said here.

"While most of them have reached Srinagar or have left the Valley, some of them are still staying. Few tourists had gone trekking in Pahalgam area and have not yet returned to their bases. Once they return, we will tell them to leave," Wani told PTI on Saturday.

"We sent buses to Gulmarg, Pahalgam and other spots to bring the tourists to Srinagar and facilitate them in leaving the Valley. This went on till late into the night and I was myself monitoring the situation," he said.

Wani said the tourists were lodged in different hotels in the summer capital for the night and were taken to airport early in the morning.

"They were adjusted in the regular flights which usually do not see full bookings during this time of the year. About 300 of them were flown in Indian Air Force planes as well," he said.

All officials at various tourist destinations have been informed to clear tourists in their areas, he added.

The sudden turn of events has left many unhappy, including tourists and the business community.

"I have been visiting Kashmir for past so many years, but have never seen such an irresponsible behaviour by the government," Anil Verma, a tourist from Delhi, said.

Another tourist, Ramesh Kumar, a resident of Haryana, said the government order was "unprecedented".

"We have been coming here for many years, but we have never seen such an advisory from the government. This is unprecedented. We were enjoying ourselves, but the order has led to chaos and fear," he said.

Kumar said even though they "did not want" to leave the Valley, there was no other option.

He said the tourists were facing immense difficulties in the wake of the advisory as flights from Srinagar were full and airfare was also high.

In view of the prevailing situation in Kashmir, several airlines have decided to give full fee waiver on rescheduling or cancellation of flights to and from Srinagar till August 15, when the Amarnath Yatra was supposed to end.

Kashmir Chamber of Commerce and Industry (KCCI) said the government advisory has poured water over the state government's efforts to promote tourism and broken the back of the tourism sector.

It has, "in a single fell swoop, caused irreversible damage to the economy of the state", the KCCI said.

KCCI president Sheikh Aashiq said a breakdown of the economy was "imminent".

He said the business community demands restoration of the sense of security amongst the people, proper assessment of the losses incurred by businesses and protection against future losses.

The advisory was issued by the state administration after the Army on Friday said Pakistan-based terrorists were planning to target the Amarnath Yatra.

A top Army official said searches in the past few days had led to the recovery of a Pakistan-made mine and a huge cache of arms along the yatra route.

The advisory asked the pilgrims and tourists to "curtail their stay" and "return as soon as possible".

J&K unrest: What is Article 35A? Can it be revoked?