When he started his live, viewers' focus drifted from the snowfall to the gold medallion and headband that popped up around his face, with golden confetti bursting on the screen 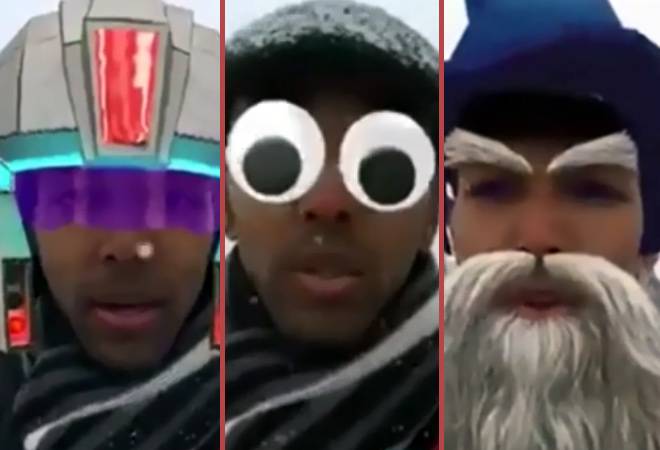 What could have been a TV journalist's worst nightmare became a funny anecdote that sent the top bosses rolling on the floor. A reporter with CNN affiliate WLOS, Justin Hinton, accidently left the face filter feature on before broadcasting his report live on the station's Facebook page. What happened once he started his report is stuff of legends.

Hinton set out to report from Madison County in US' North Carolina state on Thursday. His weather report focussed on how the harsh snowfall had affected the roads in the state. However, when he started his live, viewers' focus drifted from the snowfall to the gold medallion and headband that popped up around his face, with golden confetti bursting on the screen.

The reporter continued his report but it got increasingly difficult to focus on the story. There was a wizard hat with a white beard, and then giant googly eyes, a purple moustache, giant dumbbells, a torch and so on.

"The photographer I was working with said something about the screen having weird faces. He didn't elaborate, so I said it would probably go away. Needless to say, it did not go away. I didn't realise it until I stepped off camera and saw the comments where people were talking about the faces," Hinton said in his Facebook post.

He said that his bosses, co-workers, family and friends called and texted him to say how funny the entire incident was. "If you can't laugh at yourself, what's the point of laughter?" he said in the post.

Viewers were amused at the blooper. Some said that CNN should do this professionally, while one said that he should watch the weather reports more. Some said that they had tears in their eyes as they watched the video, while some applauded Hinton for remaining professional in the face of such a challenge... or filters.