Amazing! Watch Boston Dynamics robots dance to 'Do You Love Me'

Boston Dynamics, known for their top-notch robotics designing and engineering released a video that shows four of their robots dancing -- and lip-syncing -- to The Contours' popular song 'Do You Love Me' 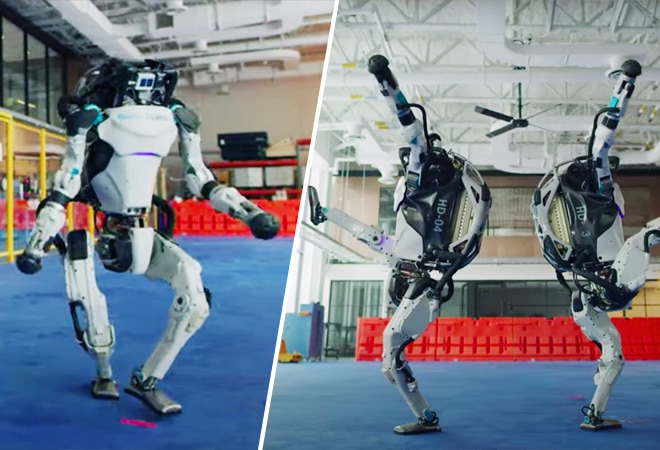 Boston Dynamics' Atlas dancing to 'Do You Love Me'

What is a good enough indicator that we are living in the future so well captured in sci-fi books and movies? Dancing robots, perhaps? Robots doing daily chores are not even futuristic at this point since we all expect robots to replace us at some point or other in the future. But robots imbibing something as nuanced as dancing and a spring in the step is something to reckon with.

Boston Dynamics, known for their top-notch robotics designing and engineering released a video that shows four of their robots dancing -- and lip-syncing -- to The Contours' popular song 'Do You Love Me'. "Our whole crew got together to celebrate the start of what we hope will be a happier year:  Happy New Year from all of us at Boston Dynamics," stated the company. The video features three of their most popular creations -- Atlas, Spot and Handle.

Atlas is the 6-ft humanoid robot, Spot is the four-legged canine-inspired robot and Handle is the robot with two legs and a hand.

One could well argue that they are better at dancing than most humans, complete with perfect coordination.

While it is a sight to behold, some YouTube users were left a bit concerned. "Robots when all humans are extinct," commented a user, while another said, "These robots do this dance first, they come as friends before they rip your arms and legs off. skynet is here."

One user very aptly said, "This is scary and lovely at the same time," while many YouTube users believe it is nothing short of amazing. Whether you are concerned about the ability and swift evolution of robots or amazed by the strides technology and robotics have taken, you can't take your eyes off the dancing robots and marvel at the achievement.

Boston Dynamics is a spin-off of the Massachusetts Institute of Technology (MIT) and was founded in 1992. They are a wholly-owned subsidiary of Japanese giant SoftBank Group. Hyundai Motor took 80 per cent stake in the company, while SoftBank retained 20 per cent on December 11.