What mutual fund industry doesn't want you to know 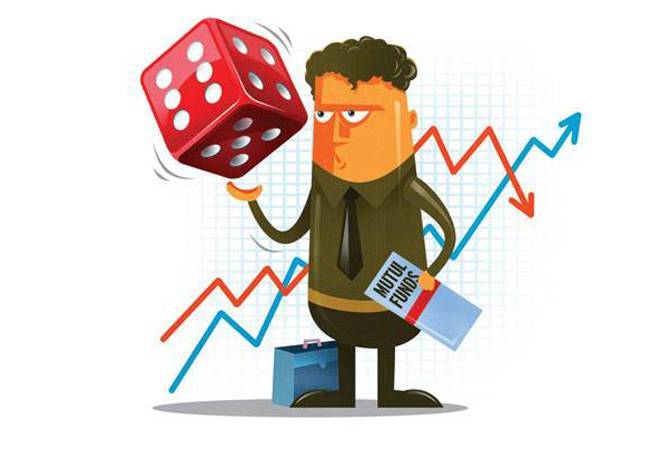 You invest in mutual fund (MF) scheme, pay fixed commission to asset management companies (AMCs), and yet do not always make money. Reason: Because, of course, mutual funds are subject to market risks, but not their commission. Ever wonder exactly how much return AMCs nibble as commission?

Let's take an example. Assume Reliance Large Cap Fund, one of the best performing mutual funds in large-cap category, would return 15 per cent compounded annually over the next 10 years.

With this assumption, if you start a monthly systematic investment plan (SIP) of Rs 10,000 in the scheme today, your investment should grow to Rs 27.9 lakh after 10 years. But, you need to pay commission for your fund manager's active services all this while. Reliance Largecap charges 2.3 per cent commission, technically called Total Expense Ratio (TER). Factor in the TER, and the effective investment value would come down to Rs 24.2 lakh. This suggests a neat 3.7 lakh commission!

This could go even higher in other funds as the upper cap on TER is 2.5 per cent. Some funds also charge an additional exit load of 5 basis points, along with 30 bps for mobilising services beyond top 30 cities.

Sebi Chief Ajay Tyagi has rightfully taken cognisance of it, saying there is a scope for rationalisation of TER. This is because the concept of TER was introduced in late 1990s, when the industry's asset under management (AUM) was mere Rs 50,000 crore. The industry now manages Rs 23 lakh crore worth of assets.

The industry size has grown multiple times, in a way, investors are being penalised per unit base, says Suresh Sadagopan, founder, Ladder7 Financial advisories.

"Nobody is saying fund managers and distributors should not make money, but we need to be mindful of the concept of equity. It should make good business sense to all stakeholders, especially to the investors because ultimately the industry is for them," Sadagopan points out.

But Srikanth Meenakshi, co-founder and chief operating officer, FundsIndia.com has a different viewpoint. "One cannot look at the TER in isolation. Any such determination would be arbitrary and anti-free-market. Sebi's concern should be restricted to whether the mutual fund industry is indulging in any bad practice to artificially keep the TER where it is in an anti-competitive manner. In the absence of any such issues, TER should really not be in the purview of the regulator," he says.

Mutual fund houses reckon that lower commission would hit penetration and hinder investor awareness. Given the conflict of interest, mutual funds hardly tell investors about the relevant things they must know. A recent survey by paisabazaar.com, found 96 per cent of its non-mutual fund consumers were unaware about the direct plans of MFs, which incur lower TER, thus higher returns. For instance, a Rs 5,000 SIP in SBI Bluechip Fund's regular plan, after 10 years would return Rs 13.93 lakh at 15 per cent CAGR. It would come down to Rs 12.11 lakh, after adjusting for TER of 2.3 per cent. If you invest, the same amount in the scheme's direct plan (TER of 1.18 per cent), you would receive Rs 12.96 lakh or Rs 84,826 more. If the SIP continues for another 10 years, the difference would be an enormous Rs 9.22 lakh!

As TER is a fixed charge irrespective of how MFs perform, there is an argument to link it with the performance. But Sadagopan feels otherwise. "There should not be a separate incentive to perform well because being fund managers, delivering alpha on Nifty return is their job in the first place. And, if a fund house is a star performer, it would naturally get tremendous traction," he said.

Besides, linking charges with performance is doable for closed-ended schemes, but not for open-ended schemes.

Expense ratios in India are bundled i.e. distribution commissions are embedded into TER. Morningstar believes unbundled fee structures are better for investors as it provides better disclosure. "There is more focus on each part of the value chain; and cheaper funds become available to investors. Besides, an ongoing service fee negotiated with a client is likely to result in better services provided to the investor than a trail commission automatically paid by a fund," Belapurkar of Morningstar says.

Meanwhile, there are two detailed studies on expense ratio, one by MorningStar and another by Foundation of Independent Financial Advisors (FIFA). Srikanth of FundsIndia suggests Sebi should commission its own study on TER in different markets on a comparable basis and see if, given our current market penetration levels, the current structure is warranted or not. "Sebi should ask CRISIL or ICRA or one of the independent domestic institutions to conduct a study on the subject and base their actions on the ensuing empirical evidence," he said.

How much gold is there in a gold medal?