The 33-seconds video has been released by Pakistan's Jazz TV. The man in the ad can also be seen sporting Abhinandan's signature moustache. 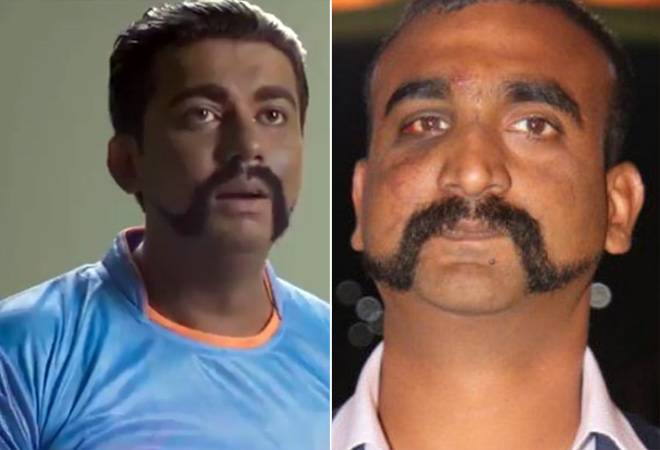 Ahead of India-Pakistan World Cup match scheduled for June 16 at the Old Trafford Cricket ground in Manchester, a Pakistan TV channel has shared its latest advertisement for World Cup match and to the surprise of many, it mocks the capture of Indian Air Force Wing Commander Abhinandan Varthaman.  The advertisement showcases a man mimicking the Wing Commander and his statements when the Indian Air Force pilot was taken in Pakistani custody after his MiG-21 Bison was shot down by a Pakistani Air Force Jet in February 2019.

The 33-seconds video has been released by Pakistan's Jazz TV. The man in the ad can also be seen sporting Abhinandan's signature moustache. However, lookalike can be seen wearing the Indian Cricket team's jersey instead of a military uniform.

The character in the video is being asked questions about the Indian team and the strategy of the team if it wins the toss in the upcoming World Cup match. However, the character impersonating Abhinandan repeats the IAF pilot's viral statement, "I'm sorry, I am not supposed to tell you this" several times in the advertisement.

Jazz TV advt on #CWC19 takes the Indo-Pak air duel to new level. It uses the air duel over Nowshera and Wing Co Abhinandan Varthaman's issue as a prop. @IAF_MCC@thetribunechd@SpokespersonMoD@DefenceMinIndiapic.twitter.com/30v4H6MOpU

Abhinandan Varthaman was applauded for his cool demeanour in captivity while answering the Pakistani officials question. For every question asked, the pilot replied with an "I'm sorry, I am not supposed to tell you this." The interrogation had become viral once it was released on social media.

Further in the ad, when the impersonator gets up to leave after being questioned, the interrogator pulls him back and says, "Ek second ruko! Cup kahan leke ja raho ho? (Wait a second! Where are you taking the cup?)," - a pun on the World Cup trophy.

India has defeated Pakistan six times in the World Cup.

Missing AN-32 aircraft: Wreckage of IAF plane spotted in Arunachal Pradesh after 8 days