'Would have ruined the film': Titanic's alternative ending a flop on Twitter

Since being shared online, the clip has garnered over one million views, with many reactions from netizens 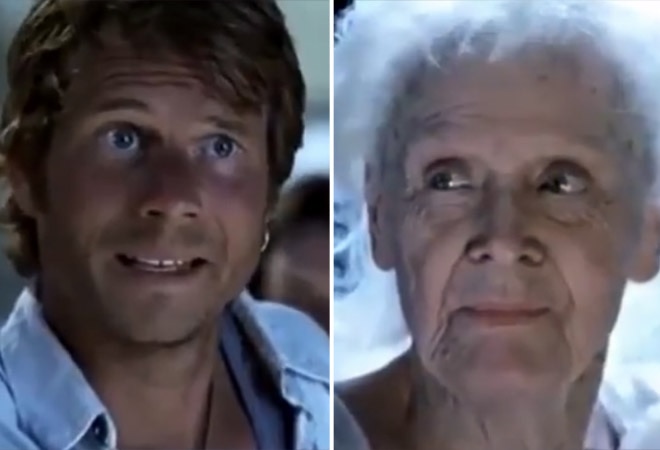 Screengrab from the alternative ending of Titanic

Leonardo DiCaprio and Kate Winslet starrer Titanic's alternative ending has resurfaced on Twitter and has left fans in a spirited debate with many laughing over the scene and others wondering if the film would've won an Oscar had the makers decided to go forth with the optional ending.

In the actual ending of the movie, an older Rose throws the "heart of the ocean" necklace overboard secretly.

However, the alternative ending shows Rose imparting a word of wisdom to treasure hunter Brock Lovett before chucking the necklace in the ocean. Rose says to Lovett  "You look for treasure in the wrong places, Mr Lovett. Only life is priceless, and making each day count,"

Since being shared online, the clip has garnered over one million views, with many reactions from netizens.

"The alternate ending to Titanic is hilarious. This would have absolutely ruined the film for me," said Pat Brennan, a Twitter user.

Check out a few reactions here:

Yeah, the solitary tossing the necklace over the edge was a much better ending. This one is cheesey af

it's this part that has me ON THE FLOOOOOOR 😭😭 pic.twitter.com/tEJ39K9gcX

She's like a hundred years old just take it

Much like the Arnie smiling deleted scene in T2.. WTF was Cameron thinking even filming this??!

So do you think with that ending it still would've won best picture and 11 Oscars? 🤣🤣

That was really awful. Part of what makes the existing ending work is that she kept the diamond all those years and nobody else knew. Without her secret intact, it opens the story up again when it needs to be closed. Cameron definitely made the correct choice.

The 1997 epic love story set in the backdrop of a sinking ship became a huge success on its release and became the highest-grossing film of all time. It won 11 Academy Awards.

Also read: 'What it means to be truly powerful': Anand Mahindra's Monday motivation is a 91-year-old teacher