Yamuna cleaner in Delhi due to lockdown, domestic sewage still a problem 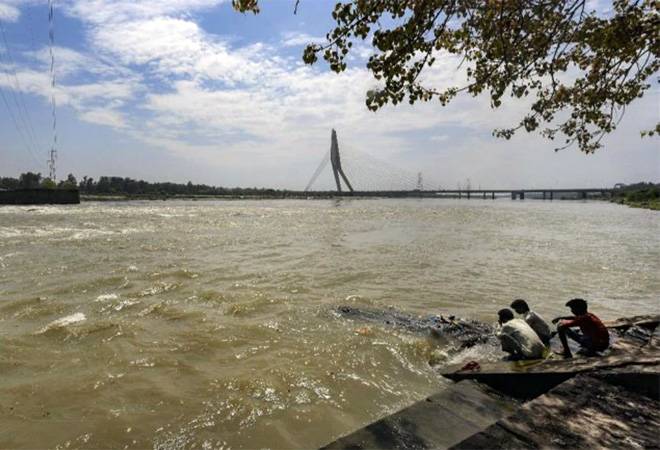 A recent analysis of the Yamuna river and drains falling into it by the Delhi Pollution Control Committee (DPCC) has shown an improvement in water quality. In its report to the Yamuna Monitoring Committee, DPCC stated that Yamuna's Biological Oxygen Demand (BOD) levels have improved by up to 33 per cent.

The committee compared the readings from this month to those from April 2019 to study improvement in Yamuna's water quality during the coronavirus lockdown.

DPCC attributed the improvement to more water being released into the river and reduced industrial activity, after studying nine points and 20 individual drains, The Times of India (TOI) reported. But the the river has still not met water quality criteria due to domestic sewage flowing into it, the committee said.

According to the report, Okhla barrage saw a drop of 18 per cent in pollution levels, Nizamuddin bridge reported a drop of 20 per cent and BOD levels in Agra Canal improved by 33 per cent. ITO bridge and Qudsia Ghat reported 21 per cent and 4 per cent reduction in BOD levels, respectively.

The first two locations the river flow through after entering Delhi, Palla and Surghat had no improvement but were marked Class C - water quality criteria for bathing. No other site met this criterion.

Khajuri Platoon Pool, on the other hand, saw an increase of 42 per cent in pollution levels.

Among the drains that were studied, Civil Mill drain and ISBT drain both reported a fall of 80 per cent and 68 per cent pollution levels respectively, while the Barapullah drain reported an increase of 32 per cent, caused mainly due to domestic sewage.

A BOD level of 3 mg/l or less is required to sustain aquatic life. Other parameters like pH, COD, DO and faecal coliform level are also tested. "High faecal coliform was still found at locations, indicating the amount of raw sewage entering directly into the Yamuna," a DPCC official told TOI.

The water flow in the Yamuna was 3,900 cusecs this month compared to 1,000 cusecs in April 2019. The official said that water flow is greater due to the good rainfall in March this year compared to 2019. "Therefore, dilution is also contributing to the improvement in its quality," the report added.