According to the police, at least 27 bodies were recovered from the bus that was partially submerged. Around 15-16 injured people are admitted to  hospital. 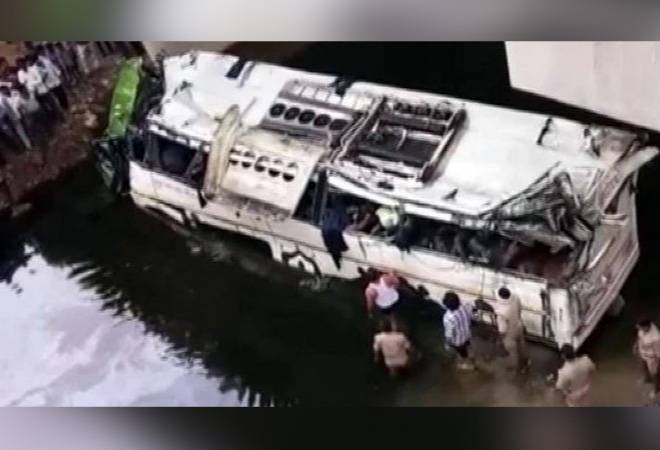 An accident at the Yamuna Expressway on Monday morning claimed at least 29 lives. Several people were also injured after a Delhi-bound bus on its way from Lucknow to Delhi fell in a drain on the expressway. The bus met with the accident near Agra.

Meanwhile police have reached the spot and is carrying out recue operations.

"Awadh bus depot's Janrath Expressway Roadways bus no UP33 AT5877 lost control on Yamuna Expresway and fell in 'jharna nala' near Kuberpur," UP police said in a tweet.

According to the police, at least 27 bodies were recovered from the bus that was partially submerged. Around 15-16 injured people are admitted to  hospital.

"The Sleeper Coach passenger bus travelling from Lucknow to Delhi met with an accident on Yamuna Expressway. It fell into the side fall about 50 feet deep. Twenty  passengers have been rescued so far. Efforts are on for the rest," A Satish Ganesh, IG Agra said in a tweet earlier.

Uttar Pradesh Chief Minuster Yogi Adityanarh has expressed his grief over the incident and has given order to DMSSP to tend to all medical needs of the injured.

The UP Roadways has also announced an ex-gratia payment of Rs 5 lakh for the kin of the hose dead.

"Pained by accident on Delhi-Agra expressway. May God give strength to the kind of the deceased, my condolences with the families. I pray for speedy recovery of those injured," Piyush Goyal tweeted.

Delhi Weather Update: No rains expected in the capital till Tuesday