Students of Film and Television Institute of India (FTII) intensified their protest against the appointment of TV actor and BJP member Gajendra Chauhan as the institute's new chairman on Sunday. 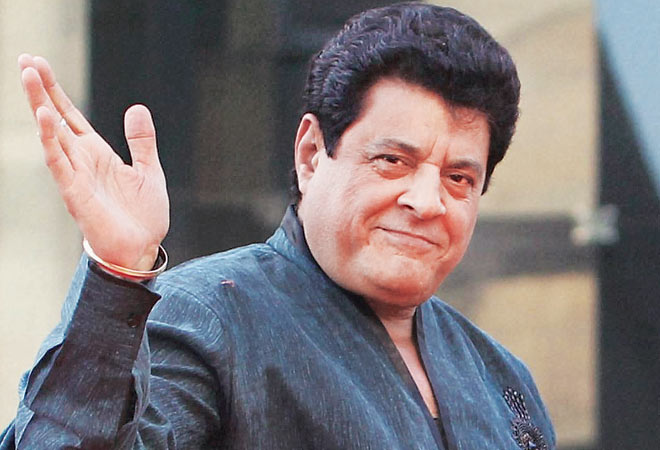 Students of Film and Television Institute of India (FTII) intensified their protest against the appointment of TV actor and BJP member Gajendra Chauhan as the institute's new chairman on Sunday.

About 70 students gathered on the campus and raised slogans, condemning Chauhan's appointment.

However, the students protesting for the past three days have not been approached by anyone from the institute or Information and Broadcasting Ministry (I&B).

"We are waiting for the Information and Broadcasting Ministry to respond. Nobody has come to talk to us in the past three days that we are camping outside the director's office in the campus. We are very clear that the strike is indefinite till the appointment of Gajendra is revoked," said Ajayan Adat, a member of the core committee of the students' association and a final year of student of sound recording and sound design at FTII.

"Chauhan has no academic credentials and no cinematic credentials. They have been appointed for the links with the BJP. This is blatant attempt by the BJP to saffronise a progressive and liberal space such as FTII," said Samvartha, a FTII alumni who passed last year as a screenplay writer.

The anger at the FTII is palpable as the students called a strike and are camping outside the director's office for the past three days. The previous chairman of the institute, Saeed Mirza, vacated his position more than a year ago.

"There were talks of Jahnu Barua who is member of the governing council or Hirani to become the chairman. Chauhan's appointment came as a rude shock," said Adat.

Considering the past chairpersons of the institute such as Mrinal Sen, Adoor Gopalkrishnan, Shyam Benegal, Ananth Murthy and Saeed Mirza, students do have a point.

The student's demand is that the chairman should be a person whose contribution to films should be immense.

"Forget about comparing Chauhan with past chairmans, on his own where does he stand? He has acted in B grade films. Irrespective of his political links, Chauhan's body of work as a film artiste is not all substantial and does not speak of any philosophy," said Samvartha.

He said intentions of the government are evident from the composition of the council where Hirani, an acclaimed film-maker, would be member of the council headed by Chauhan.

Besides, his unmemorable roles in films, the only fame Chauhan could be boast of was of his role as Yudhishthir in television serial Mahabharat.

The students believe that appointing such a person whose contribution to the films is questionable could damage the institute.

The FTII students are getting support from alumnus, film-makers and politicians.

According to Adat, Sivan has resigned in protest on the appointment of Chauhan as the chairman.

"There are reports of Barua also resigning, but the same could not be confirmed," said Adat.

Meanwhile, noted well-known Marathi filmmakers Anand Patwardhan and Umesh Kulkarni came out in support of the students' demand for high standards of selection of the FTII chairman's post.

The appointment of Chauhan is one of the many appointments made by the I&B Ministry recently that elicited angry responses from stakeholders who believe the government was rewarding those who campaigned for the BJP.