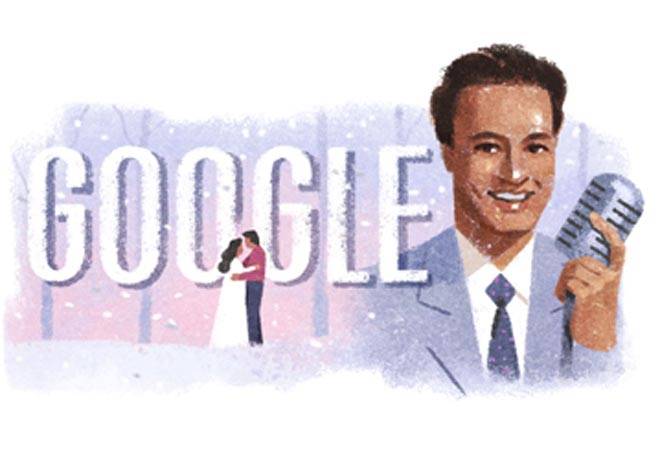 The doodle featured a smiling portrait of Mukesh and a small sketch of Raj Kapoor-Nargis Dutt in the background.

Born in Delhi, Mukesh initially worked briefly for the Department of Public Works. He experimented with voice recordings during his employment in Delhi and gradually developed his singing abilities and also his musical instrumental skills.

He got his break as a playback singer for actor Motilal in 1945 with the film "Pehli Nazar" with music composed by Anil Biswas and lyrics written by Aah Sitapuri.

The first song that he sang for a Hindi film was "Dil Jalta Hai To Jalne De".

Mukesh created his own singing style with the help of music director Naushad Ali.

Naushad gave him songs for the film "Andaz". Initially, Mukesh was the ghost voice of Dilip Kumar in this movie and Mohammed Rafi sang for Raj Kapoor. He delivered many hits for Naushad in films like "Anokhi Ada" and "Mela".

Later, however, Kumar choose Rafi as his ghost voice and Mukesh became the ghost voice of Kapoor.

Mukesh Mukesh died of a heart attack on 27 August 1976 in Detroit, Michigan, US, where he had gone to perform in a concert.

All you Sachin fans, here's a game you can't miss

Meet 'Savvy Baba', a chatbot to help you plan your holidays