To grow its presence in India, the Google-owned video-sharing website YouTube has launched a comedy week in the country, starting September 5, streaming videos of past TV comedy shows and serials. 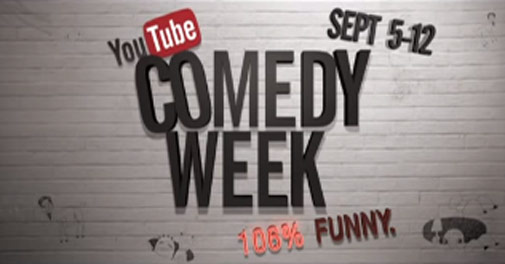 To grow its presence in India, the Google-owned video-sharing website YouTube has launched a comedy week in the country, starting September 5, streaming videos of past TV comedy shows and serials. The programme, launched in association with leading TV production houses, has so far (on the third day, September 7) garnered 277,869 subscribers. Three videos featuring comedian Vir Das have proved very popular, with Vir Das's take on Mamata Banerjee topping the list.

Why choose comedy in particular? Gautam Anand, Director, Content Partnerships at YouTube says it is because 30 per cent of the content TV viewers consume is comedy.

The videos include shows that once had a tremendous following such as MTV Bakra or Dekh Bhai Dekh. Comedy shows from production houses such as Rajshri, Disney and SabTV, etc, are all being streamed.

With the event, YouTube is also trying to reach out to the first time internet users in India. Sandeep Menon, Director Marketing, Google India says 40 per cent of You Tube watchers access it through their mobiles, and their absolute numbers should double in the next two years.

Popular comedian Bharti Singh feels that in the coming years, people on the move, would only use the internet to watch shows. "If someone isn't at home and wants to watch anything, he can easily watch it online," he says.

The event has also focused on bringing together comedy from other regional languages. "The next generation of internet that will have to be built in India will have to be India based," says Menon adding that the internet has to go beyond English if it wants to reach a wider audience. The website clubs together Punjabi, Gujarati, Malayalam and Telegu language videos among others.

Satire as a genre has never been explored much on Indian television, but YouTube has given up and coming artists associated with online entertainment networks such as TheViralFever (TVF), Newslaundry and JayHindTV, an opportunity to explore it. Artists such as TVF's Arunabh Kumar have banked on YouTube to showcase their content. YouTube content can be shared which TV shows cannot.

Indeed, for the likes of TVF's Kumar, the Internet has made all the difference as TV production companies turned him away, refusing to host his show. "I did not  believe people would not want to watch my shows," he says. "Luckily for me, the Canon DSLR camera, TVF and my personal frustration came together at the same time."

What is also encouraging is the increase in the use of mobile internet. Airtel launched its offer where customers can access content such as music and videos for Re 1 from its store. YouTube's Menon feels that this is a fast growing segment and will continue growing as more devices in the sub Rs 10,000 category are produced and sold. "It's only a matter of time before every mobile user has a smartphone," he says.

A day in the life of a Dongria Kondh