The general election in Bihar was held in seven phases, between April 11 and May 19 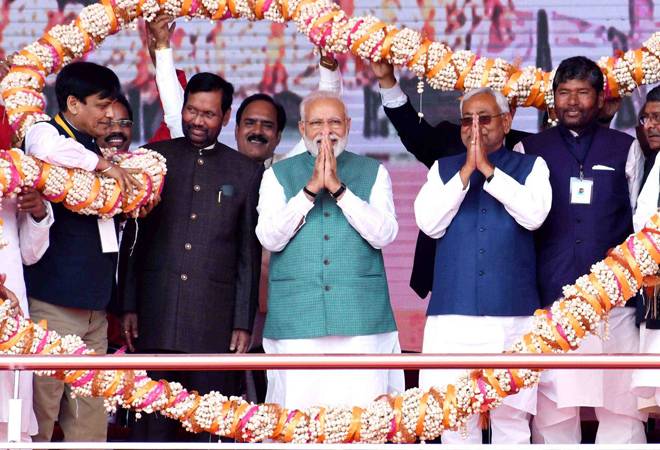 The BJP-JDU alliance is set to sweep the Lok Sabha elections in Bihar winning minimum 38 out of the 40 seats, according to the India Today-My Axis India Exit Poll.  The RJD-Congress led 'Mahagathbandhan' may only bag maximum 2 seats, as per the exit polls. The possible result in Bihar could put the BJP-led NDA in a strong position to form the government at the centre.

The ruling BJP-Janata Dal (United) alliance was in direct fight against RJD-Congress led Grand Alliance. Under the seat-sharing formula, the BJP and the JD(U) were contesting on 17 seats each and the LJP on six seats.

The general election in Bihar was held in seven phases, between April 11 and May 19.

Gujarat Exit Poll Results 2019: Congress in for a shock as BJP likely to win all 26 seats