Lok Sabha election phase 3: Of total 1,612 candidates in the fray this time, a total of 120 candidates are from UP only 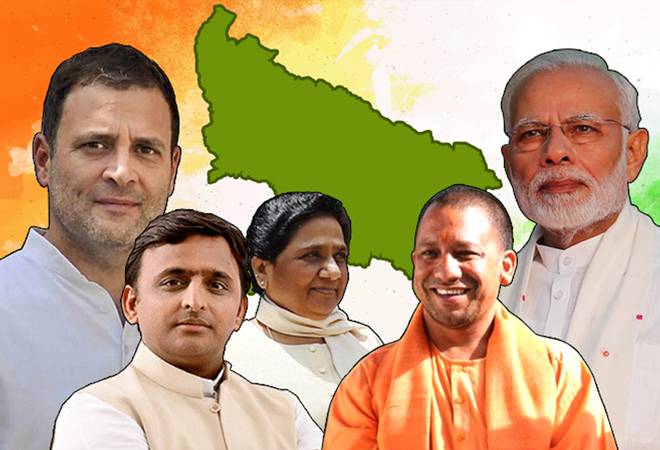 Lok Sabha election phase 3: There are around 46 crorepatis among 120 candidates fighting elections.

Lok Sabha election 2019: Phase 3 voting for 117 constituencies, including 10 in Uttar Pradesh, across 15 states and a Union Territory has started. Of total 1,612 candidates in the fray this time, a total of 120 candidates are from UP only. In Phase 3 of the Lok Sabha election, BJP's Devendra Singh Yadav and Praveen Singh Aron, who are contesting from Etah and Bareilly, respectively, are among the top three richest candidates with assets worth over 204 crore and Rs 147 crore, respectively. In UP, 24 candidates have criminal cases filed against them, of which 19 are those with serious criminal cases. There are around 46 crorepatis among 120 candidates fighting elections.

BJP's Varun Gandhi has declared assets worth over Rs 60 crore, while SP patriarch Mulayam Singh Yadav's total assets account for over Rs 20 crore. His brother, Shivpal Singh Yadav, who parted ways with SP to form his own Pragatishil Samajwadi Party, has assets worth Rs 9.9 crore. SP's prominent leader and candidate from Rampur, Azam Khan's assets are worth over Rs 4 crore.

This is the first time in a Lok Sabha election that a transgender candidate has been contesting the poll. Aam Aadmi Party (AAP) has fielded Chirpi Bhawani from Prayagraj. Of total 1,646 candidates fighting polls this time, only 143 are women candidates. While the BJP will defend its 62 seats in Phase 3, the Congress will do so on 16 parliamentary constituencies. This phase is particularly tough for the BJP in UP, which is being primarily held in the so-called "Yadav belt", including constituencies like Mainpuri, Badaun and Sambhal. Other major constituencies to watch out include Rampur, Mainpuri, Firozabad, Bareilly, and Etah.

The state is primarily seeing a triangular contest between the BJP, Congress and the SP-BSP. In UP, Akhilesh Yadav's SP is fighting the election on 37 seats while Mayawati's BSP has fielded its candidates on 38 seats. Their ally Ajit Singh's Rashtriya Lok Dal is fighting on three seats. Both SP and BSP will this time try to corner BJP by consolidating Yadav-Muslim and Dalit votes. The Congress, while part of Mahagathbandan, is fighting alone in the state.