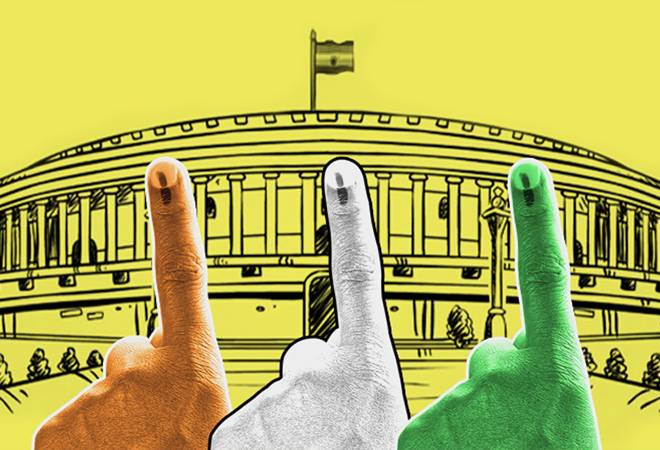 With just around 30 per cent of the voters left for polling in the general elections 2019, Phase 6 of voting is underway today.

Lok Sabha election 2019 Phase 6: With just around 30 per cent of the voters left for polling in the general elections 2019, Phase 6 of voting is underway today. There are 59 parliamentary constituencies across seven states, including Jharkhand, in the fray in this phase. Jharkhand, situated in eastern India, has a total of 14 seats in the Lok Sabha, amongst which one is reserved for the Scheduled Castes (SC) and five are reserved for the Scheduled Tribes (ST).

List of constituencies participating in the sixth phase of LS Polls in Jharkhand:

However, this time Jagarnath Mahato is contesting again, but as a candidate of the grand alliance. He is up against Chandraprakash Choudhary of All Jharkhand Students Union party (AJSU).

Dhanbad Lok ?Sabha Constituency: The contest in this Lok?Sabha seat has taken an interesting turn with the Congress fielding Kirti Azad, who is a BJP rebel from this constituency.

Kirti Azad is fighting against Pashupati Nath Singh of BJP.  In 2014 Lok Sabha elections, Singh received 5,43,941 votes, which was more than all the opposition candidates combined. He defeated his closest rival of Congress with around three lakh votes.

Jamshedpur Lok Sabha Constituency: In this seat, Vidhyut Varan Mahato of BJP and Congress ally JMM's Champai Soren will be up in the battle. Bidyut Baran Mahato, in 2014, defeated Ajay Kumar of Jharkhand Vikas Morcha party (JVM-P) by a margin of more than one lakh votes.

Singhbhum Lok Sabha Constituency: Polling in this seat will see a fight between BJP's Laxman Giluva and Congress' Geeta Kora.

BJP, in this constituency, is once again banking upon Laxman Giluva, the party's sitting candidate.  He will face Geeta Kora of Congress, whom he defeated in previous Lok Sabha election by nearly one lakh votes.

Other states like Bihar, Madhya Pradesh, Uttar Pradesh and West Bengal are also voting in Phase 6 of Lok Sabha election 2019. Additionally, all the seats in the National Capital Territory of Delhi and Haryana are going to polls today.

Other than these 59 seats, the Election Commission of India has ordered repolling at 168 polling stations in the West Tripura constituency after the allegations of massive rigging and booth capturing were made in Phase 1 of the general election held on 11 April 2019.

While the regular poll timings are 7 am to 6 pm in most of the constituencies except Jharkhand and a few parts of Bihar, voting will end at 4 pm for security reasons.