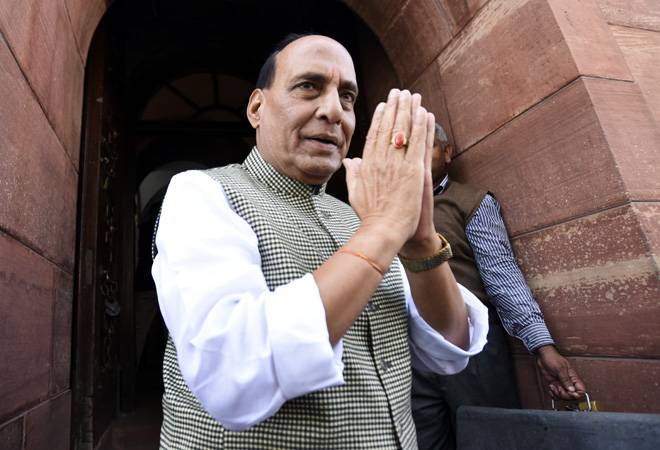 Looking at the unprecedented mandate of the BJP, Home Minister Rajnath Singh couldn't control his joy and dialed PM Narendra Modi and BJP President Amit Shah's phone numbers. He congratulated the duo for the BJP-led NDA's stupendous lead in the 2019 Lok Sabha election results, said the leader on Twitter.

Spoke to Prime Minister Shri @narendramodi and the BJP National President Shri @AmitShah over the phone and congratulated them for @BJP4India led NDA’s stupendous victory in these Lok Sabha Elections. 1/3

This historic victory in the General Elections is the outcome of Modiji’s visionary leadership, Amit Shahji’s dynamism and the hard work of millions of BJP karyakartas on the ground. 2/3

I thank the people of India for once again giving a decisive mandate to @BJP4India led NDA and reposing faith in Shri @narendramodi’s astute leadership and his vision of New India. Shri Modi is now all set to build a New India. 3/3

Rajnath Singh is seeking re-election from Lucknow which he won in 2014 with a huge margin of over 2 lakh votes by defeating Congress's Rita Bahuguna. Later, in 2016, Bhaguna also joined BJP.