Lok Sabha election results: Around 74.37 per cent of the total votes were polled for Patil from Navsari Lok Sabha constituency in Gujarat 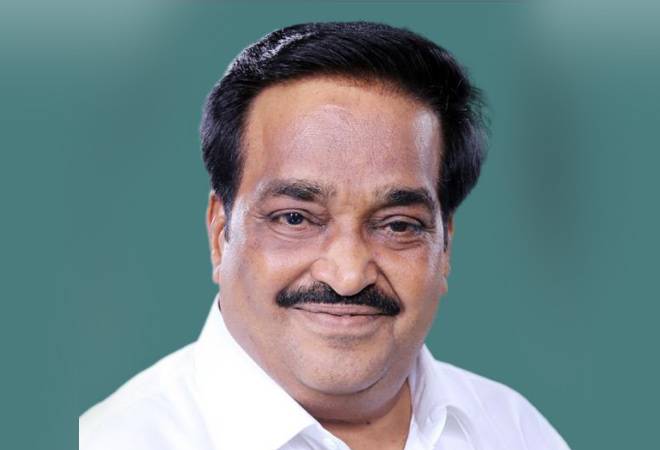 Patil, who was fighting from Navsari Lok Sabha constituency in Gujarat, got 74.37 per cent of the total votes.

The Bharatiya Janata Party's (BJP)'s CR Patil won with the highest victory margin of 6.89 lakh votes in the Lok Sabha elections 2019. The two-time BJP MP, CR Patil received 9.72 lakh votes, while his nearest rival, Congress' Patel Dharmeshbhai Bhimbhai got 2.83 lakh votes. Patil, who was fighting from Navsari Lok Sabha constituency in Gujarat, got 74.37 per cent of the total votes. He had won from same seat in the 2014 Lok Sabha polls.

As per his Lok Sabha profile, Patil was born in 1955 in Jalgaon, Maharashtra. An agriculturist and businessman by profession, he studied at Industrial Training Institute in Surat. He joined the BJP in 1989 and has since held several coveted posts in the party. In 2014, he was appointed a member of the committee on Government Assurances and Constructive Committee of the Ministry of Civil Aviation. He was also appointed as a member of the Standing Committee on Health and Family Welfare in 2015.

Three other BJP candidates are also in the 6 lakh victory margin club. Sanjay Bhatia, the BJP candidate from Karnal, defeated Congress' Kuldeep Sharma by 6.54 votes. BJP's Faridabad candidate Krishan Pal, who got 9,13,222 votes, defeated Congress' Avtar Singh Bhadana by 6.38 lakh votes. BJP candidate Subhash Chandra Baheria from the Bhilwara parliamentary constituency in Rajasthan won against his Congress' Ram Pal Sharma by a margin of 6.12 lakh votes. So far, the highest victory margin of 6.96 lakh votes in the Lok Sabha polls belongs to BJP's Pritam Munde, who had won the by-election to Beed seat in Maharashtra in October 2014.

The Lok Sabha Election Results 2019 that was announced on Thursday evening declared the BJP-led NDA as the winner. As per Election Commission, the BJP won 303 seats out of 542, witnessing a landslide win. The Congress party was contained at 52 seats. PM Modi, Rajnath Singh, Amit Shah, all won from their respective seats. Prime Minister Narendra Modi widened his victory margin to 4.79 lakh votes when he defeated his nearest rival Shalini Yadav of Samajwadi Party in Varanasi parliamentary constituency. BJP's Smriti Irani secured a major victory over Congress President Rahul Gandhi in Amethi by winning with a margin of 55,000 votes. The 68-year-old Modi will take the oath of office as India's 15th Prime Minister at Rashtrapati Bhavan along with his council of ministers. The Union Cabinet is scheduled to meet on Friday around 5 pm at South Block to recommend the dissolution of the 16th Lok Sabha.