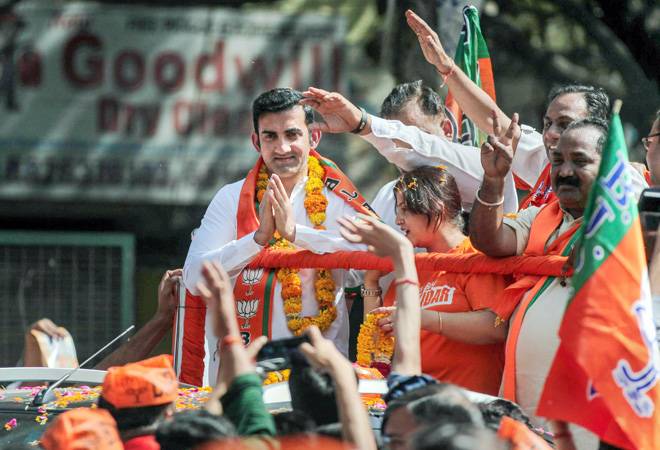 The  Delhi Police has filed a case against cricketer-turned-politician Gautam Gambhir for holding political rally without prior permission. The case was filed against Gambhir on the directives from the Election Commission on Saturday.

East Delhi Electoral Officer K Mahesh said that BJP's new recruit has not taken permission from the commission for his rally in Jungpura on April 25 and has violated the Model Code of Conduct.

Gambhir has replaced Mahesh Giri as the BJP candidate from East Delhi Lok Sabha seat. He'll be fighting against Arvinder Singh Lovely of the Congress and AAP's star candidate Atishi Marlena in the sixth phase of the poll, scheduled on May 12.

Just days into his political career, Gautam Gambhir has found himself embroiled into another political controversy after AAP's Atishi filed a complaint against him for allegedly enrolling as a voter in more than one constituency in violation of the Representation of the People Act (RPA).

The complaint had alleged that Gambhir has enrolled 'deliberately' and 'illegally' as a voter in at least two separate constituencies- Karol Bagh and Rajinder Nagar.