BJP is ahead in 23 of the 28 Lok Sabha seats. As per the trends, Congress is ahead in only 5 seats 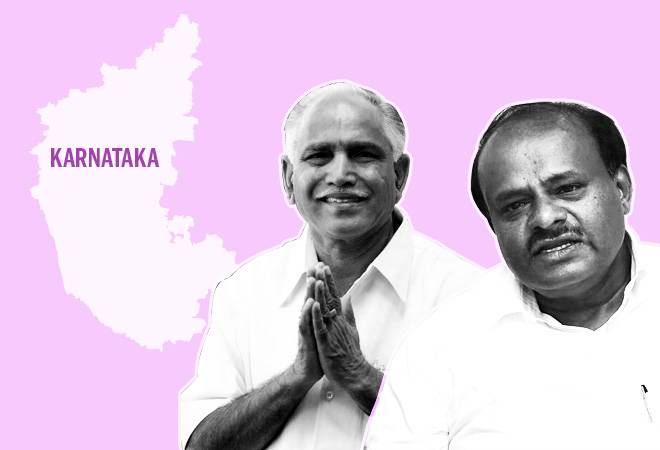 Karnataka is all set for saffron sweep as BJP is ahead in 23 of the 28 Lok Sabha seats. As per the trends, Congress is ahead in only 5 seats. Congress and Janata Dal (Secular) alliance had formed the government in the state last year.

The India Today-Axis My India Exit Poll had predicted BJP to win up to 25 seats in the Lok Sabha. On the other hand, the Congress and Janata Dal (Secular) alliance were predicted to win no more than 3-5 seats. The Exit Poll has predicted 0-1 seats for others.

Among the prominent candidates, Tejasvi Surya of the BJP is leading from Bangalore South constituency against the Congress's B.K Hariprasad. Former PM HD Deve Gowda is trailing in Tumkur. His grandson Nikhil Kumaraswamy, son of CM HD Kumaraswamy is also trailing in Mandya.

Cracks had already started appearing in the state's coalition government after exit polls predicted a huge win for Modi led-BJP government. JD(S) spokesperson Tanvir Ahmed has already threatened the coalition and Congress leader Brijesh Kalappa  too added fuel to the fire by saying that the poll results will have an impact on the coalition.