The highest polling station, Anlay Pho (Changthang), has been set up in Leh district at an altitude of 15,000 feet above the sea level 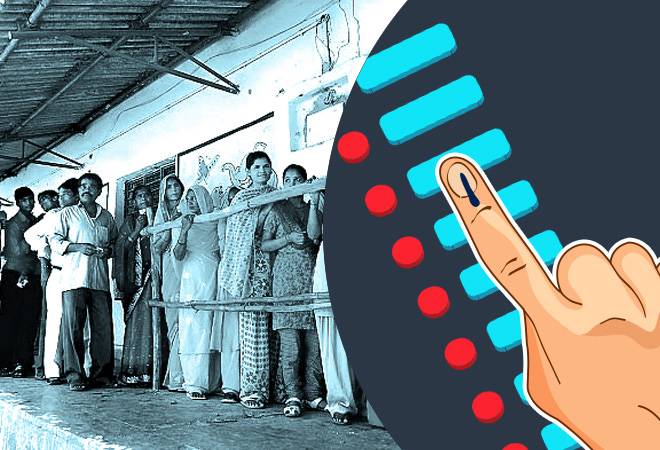 Jammu and Kashmir will see voting for two Lok Sabha seats in the ongoing election on May 6. People of Ladakh and Anantnag will vote for their new Members of Parliament (MPs) during phase five of the Lok Sabha election.  Anantnag has already seen voting for Lok Sabha poll in two phases on April 23 and April 29.

While Bharatiya Janata Party (BJP's) Thupstan Chhewang was the MP from the Ladakh Lok Sabha seat, People's Democratic Party (PDP) chief Mehbooba Mufti was the elected MP from Anantnag constituency, located in militancy-hit south Kashmir till 2016 before she took over as the chief minister of the state.

Mehbooba Mufti will contest from Anantnag for the third time. She won the Lok Sabha election in 2004 and 2014. Of J&K's six Lok Sabha seats, three were won by the BJP and three by the People's Democratic Party (PDP) in the 2014 polls.

In Ladakh, 559 polling booths have been set up for over 1.74 lakh electorate belonging to four assembly segments -- Kargil, Zanskar, Leh and Nubra. Thupstan Chhewang of the BJP had won the 2014 election from the constituency by a wafer-thin margin of 36 votes, defeating independent candidate Ghulam Raza and two others in the contest. Chhewang resigned, from the party and as a Lok Sabha member in November 2018, accusing the party of not fulfilling the promises made to the people of Ladakh during the elections five years ago.

The constituency has an electoral strength of 1,74,618 voters which included 86,752 males and 85,064 females, 2,799 service voters and three transgenders. There are only four candidates in the fray from the Ladakh Lok Sabha seat.

While Rigzin Spalbar is contesting on a Congress ticket, Jamyang Tsering Namgyal is the BJP candidate. Asgar Ali Karbalai, a Congress leader, has filed nominations as an independent candidate. Another independent candidate Sajjad Hussain has the backing of the influential clergy in Kargil. The highest polling station, Anlay Pho (Changthang), has been set up in Leh district at an altitude of 15,000 feet above the sea level.