The polls in 21 Lok Sabha constituencies and 147 Assembly seats of Odisha will be held in the first 4 out of the 7 scheduled phases of 2019 Indian general election. 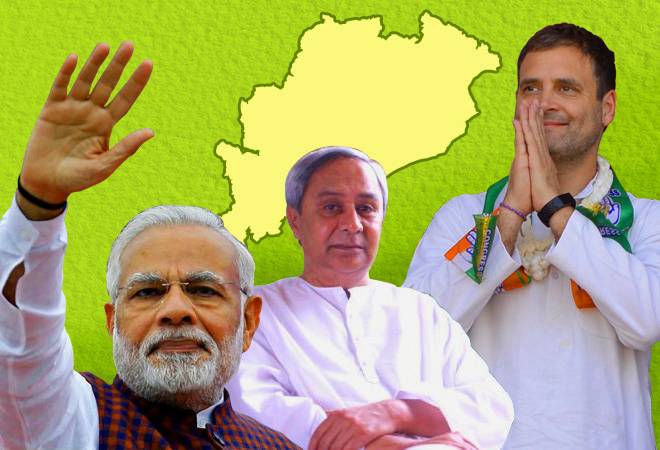 Odisha will go to the Lok Sabha elections and Assembly elections simultaneously during the upcoming polls. The polls in 21 Lok Sabha constituencies and 147 Assembly seats will be held in the first 4 out of the 7 scheduled phases of 2019 Indian general election.

On March 10, the Election Commission of India announced that legislative assembly elections in Odisha will be held concurrently with general polls in four phases - April 11, 18, 23 and 29. The final vote count will be done on May 23 to decide if the incumbent Biju Janata Dal (BJD) and chief minister Naveen Patnaik secure another term in the office or the anti-incumbency factor swings the tide.

The crucial first phase polling will be held in four Lok Sabha and 28 Assembly seats, including several Naxal-hit areas, on April 11. This will decide the fate of 26 candidates, who are in the fray for the four Lok Sabha seats, and 191 candidates contesting for the 28 Assembly seats. The political parties are leaving no stone unturned to woo voters ahead of the elections.

At least 10 candidates in four Lok Sabha seats (Koraput, Kalahandi, Nabarangpur and Berhampur), located in the poverty zone of Odisha, are crorepatis. Of the 10 crorepatis, three each belong to the BJD, the Congress and the BJP while one is an Independent candidate. Barring Berhampur seat, Koraput, Nabarangpur and Kalahandi are part of KBK (Kalahandi - Bolangir-Koraput) region, infamous for its poverty.

On April 8, the Bharatiya Janata Party (BJP) and the Indian National Congress released their manifesto for Odisha with special focus on farmers, women and the unemployed in the state.

The BJP, in its election manifesto, promised a corruption-free, dynamic government if they were voted to power. It also proposed one lakh crore investment in irrigation, zero interest rate loans to farmers, and assured to fill all vacant government jobs in five years.

In a bid to return to power after 19 years, the Congress in its manifesto promises farm loan waiver and minimum support price (MSP) of Rs 2,600 for paddy. Matching with BJD chief Naveen Patnaik's initiative for the empowerment of women, the Congress also promises 33 per cent quota for women in Parliament, state assembly and all government jobs.

The Congress also has its flagship scheme NYAY (Nyuntam Aay Yojana) which promises to eliminate poverty by 2030. They have also promised to fill 22 lakh job vacancies within the government in an effort to boost employment.