Lok Sabha election 2019 phase 3: Out of the 40 Lok Sabha seats in Bihar, polling would be held in Araria, Jhanjharpur, Khagaria, Madhepura and Supaul seats in the third phase, which will decide the fate of 82 candidates 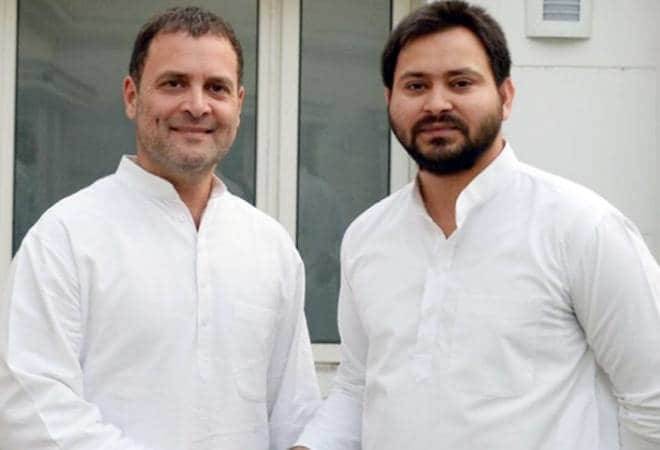 Campaigning for the three of the seven-phase of polling in 5 Lok Sabha seats of Bihar ended on Sunday with political parties making a last-gasp effort to swing voters in their favour. Bihar will go to the polls for five constituencies in the third phase of Lok Sabha Elections 2019 on April 23.

Out of the 40 Lok Sabha seats in Bihar, polling would be held in Araria, Jhanjharpur, Khagaria, Madhepura and Supaul seats in the third phase, which will decide the fate of 82 candidates. The Election Commission has set up 9,076 polling stations for smooth conduct of phase three of elections. As per the data issued by CEO Bihar office, there are a total of 89.09 lakh voters, which include 46.55 lakh male voters and 42.44 lakh female voters.

During the 2014 Lok Sabha General Elections, the Bharatiya Janata Party (BJP) and its allies Lok Jan Shakti Party (LJP) had won two out of these five seats, the Rashtriya Janata Dal (RJD) captured 2 seats and the Congress bagged 1 constituency.

In Araria, the contestants in the fray are Sarfaraz Alam (RJD) and Pradip Singh (BJP). In Supaul, the incumbent Ranjeet Ranjan (Congress) will in a battle against NDA candidate Dileshwar Kamait, contesting on a JD(U)  ticket. Jhanjharpur will witness the contest between Ram Prit Mandal (JDU) and Gulab Yadav (RJD). In Khagaria, sitting LJP MP Mehboob Ali Kaiser will lock horn against Mukesh Sahni of the opposition alliance.

In the 2019 Lok Sabha elections, Bihar is likely to see a bipolar contest between the National Democratic Alliance (NDA) camp and Congress-RJD led 'Mahagathbandhan'. The NDA comprises the Janata Dal (United) and the Lok Janshakti Party (LJP) and the Bharatiya Janata Party (BJP). As per seat sharing formula, the BJP and JD(U) will be contesting on 17 seats, while the LJP on 6 seats.

The opposition 'Mahagathbandhan', also termed as Grand Alliance had announced its seat-sharing formula for the 40 Lok Sabha seats in the state, under which the RJD will contest 20 of the 40 Lok Sabha seats and the Congress 9 while RLSP will put up candidates in 5 seats, HAM and VIP in 3 each, as per the agreement. RJD will give one seat out of its quota to the Communist Party of India-Marxist Leninist (CPI-ML).

The two phases of the 17th Lok Sabha election concluded for 9 out of 40 seats in the state, with a total voter turnout of just 53 per cent in the first phase and 63 per cent in phase two. The Lok Sabha elections are being conducted in seven phases between April 11 and May 19, while results will be declared on May 23.