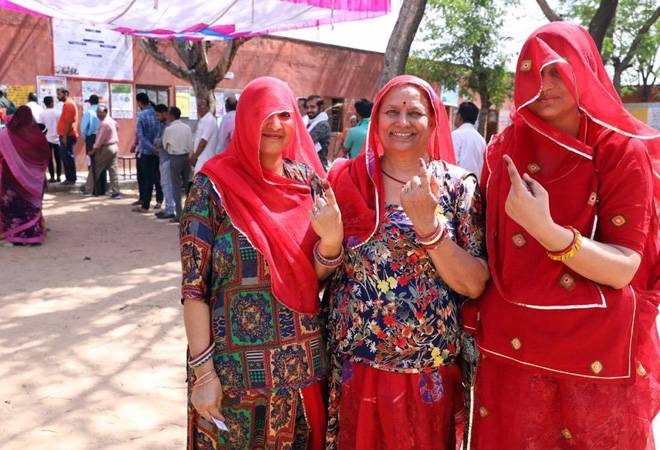 Phase 5 of the Lok Sabha Election Phase 5 is currently underway. Voting began at 7 am in the morning and will continue till 6 pm. Fifty-one constituencies across 7 states are going to the polls today. The states are Bihar, Jammu and Kashmir, Madhya Pradesh, Rajasthan, Uttar Pradesh, West Bengal and Jharkhand.

Bihar: The Nitish Kumar-helmed state has recorded 19.13% of voter turnout till 11 am.

Jammu and Kashmir: The northern state has not churned out big numbers this election season. In Phase 5, it has recorded the lowest among all the states with 3.92%.

Rajasthan: The western state has recorded a voter percentage of 22.50%.

Uttar Pradesh: Witnessing one of the fiercest battles between Congress and BJP, UP has recorded voter percentage of 19.85%.

West Bengal: Keeping up its previous records, the eastern state is witnessing encouraging voter turnout. Till 10am, the voter percentage in West Bengal was 25.91%.

Jharkhand: The state recorded a voter turnout of 26.02%.

Around 8.75 crore people will decide the fate of 674 candidates in the fifth phase of the general elections. The Election Commission of India (ECI) has set up 94,000 polling stations to this end. Elaborate security arrangements are also in place to ensure a safe and fair election. However, a grenade blast in Pulwama had been reported in the early hours. An EVM machine was also vandalised in Bihar.

After this round of polling, elections will be over in 424 seats, leaving 118 more seats for the last two phases. Some of the key candidates in the fray in Phase 5 are Rahul Gandhi, Sonia Gandhi, Rajyavardhan Rathore, Smriti Irani and Rajnath Singh.