Polling will continue till 5: 00 pm at all polling booths across all seven states 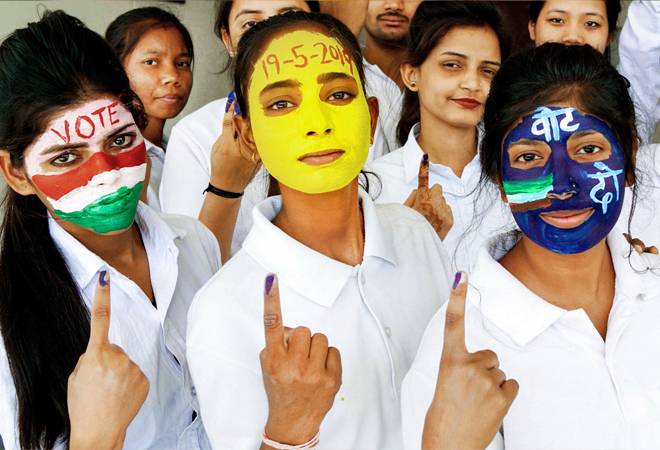 Voting for the sixth Phase of 2019 Lok Sabha election is being held across six states for 59 parliamentary constituencies. Polling will continue till 5: 00 pm at all polling booths across all seven states. There are total 979 candidates in fray in this phase.

The states and UT where voters would be casting their ballots are - Bihar (8 parliamentary constituencies), Haryana (10), Jharkhand (4), Madhya Pradesh (8), Uttar Pradesh (14), West Bengal (8) and Delhi-NCR (7)

Catch the LIVE coverage of the 2019 Lok Sabha election phase 6 polls on India Today or Aaj Tak. Get all the latest updates on election-related stories on Business Today.

The key candidates to watch out in the sixth round of Lok Sabha elections 2019 are:  Debutant Gautam Gambhir of Bharatiya Janata Party (BJP) who is pitted against Aam Aadmi  Party's  Atishi  Marlena from East Delhi Lok Sabha seat;  BJP's Pragya Singh Thakur, who will be contesting against Congress senior leader Digvijay Singh from Bhopal, Madhya Pradesh;  Union minister Maneka Gandhi  is contesting from Sultanpur against former Congress MP Sanjay Singh and Chandrabhadra Singh of the Bahujan Samaj Party (BSP), and lastly, Congress sitting MP Jyotiraditya Scindia is another prominent candidate in the fray who is contesting from Guna which is bastion of the Gwalior's erstwhile royal family -Scindias.

Lok Sabha election to 542 parliamentary constituencies is being conducted in seven phases. The phase one poll was started on April 11 and all the seven phases will conclude on May 19. The general election 2019 result will be declared on May 23.