Lok Sabhaelection 2019: Baahubali's director SS Rajamouli said half of his unit members went back to their villages to cast vote. 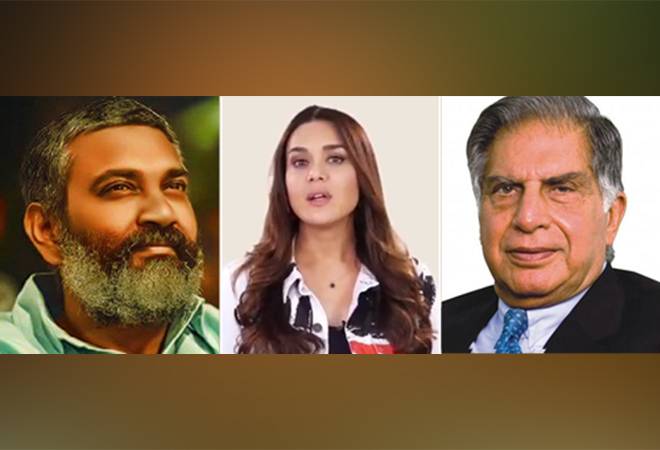 The first phase of 17th Lok Sabha elction has come to an end. A large percentage of voters participated in the voting process for the 91 Lok Sabha seats in 20 states and Union Territories. In the first phase, a total of 1,279 candidates were in fray. Many celebrities thronged polling booths to exercise their franchise.

Baahubali: The Beginning's Director SS Rajamouli said half of his unit members went back to their villages to cast vote. The filmmaker also encouraged citizens to exercise their franchise.

Half of my unit members left to their towns and villages to exercise their vote... Good... Do Vote... If you think no party/candidate makes a difference, make use of nota.. #IndiaElections2019#LokSabhaElections2019#VoteForIndiapic.twitter.com/M1y4egqDjn

Done my duty. Don't waste the most important day in a democracy. Go and vote now. #APelections2019#VoteForChange#TelanganaElectionspic.twitter.com/lhqNQ733nm

Voting is the most powerful right of every citizen and it is our duty to exercise our vote. Please vote, our future depends on it!

Actress Preity Zinta and Ranvir Shorey were some of the popular name who encouraged voters to vote. While, musician Shaan was disappointed with the low turnout of voters

Optimising opportunities has been a golden rule for me, and the right to choose a government is not just the biggest opportunity but a responsibility that every Indian must share. #VoteForIndia#IndiaElections2019

If you believe that you can make a difference you will. Use the power of your vote this election. Each vote counts. It’s the best thing, you can do for your country. #JaiHind#Election2019#IndiaElections2019#VoteForIndia#VoteKarpic.twitter.com/QLrllex3bc

Very disappointing that there’s been such low turnouts at most Voting Constituents until now ... hoping that more citizens step out and step up ... #VoteIndia#IndiaElections2019