BJP candidate and Union Home Minister is seeking re-election from Lucknow which he won in 2014 with a huge margin of 2,72,749 votes by defeating Congress's Rita Bahuguna. 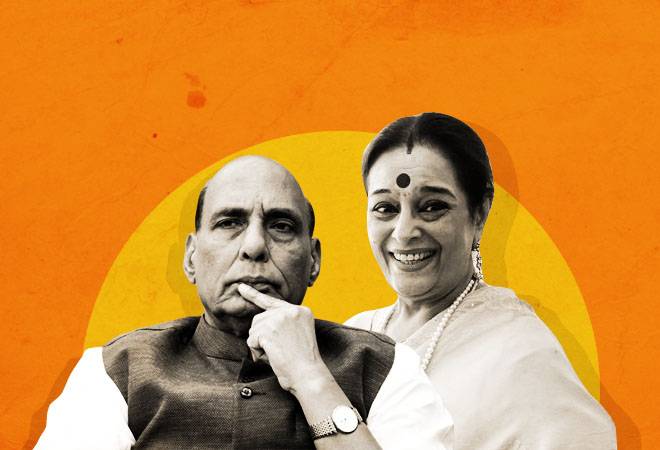 BJP candidate and Union Home Minister Rajnath Singh is leading from the Lucknow Lok Sabha seat against SP-BSP alliance candidate and Shatrughan Sinha's wife Poonam Sinha, as per early trends. She is contesting the Lok Sabha election 2019 for the first time.

The Home Minister is seeking re-election from Lucknow which he won in 2014 with a huge margin of 2,72,749 votes by defeating Congress's Rita Bahuguna. However, Bahuguna left Congress in October 2016 and joined BJP.

Congress Party's Acharya Pramod Krishnam is also in the fray in these elections. He had unsuccessfully contested the General Elections of 2014 from Sambhal Lok Sabha seat.

Uttar Pradesh's capital Lucknow has been a BJP bastion since the year 1991. Former Prime Minister Atal Bihari Vajpayee was elected consecutively from the Lok Sabha constituency between 1991 and 2009. The BJP had won 71 out of 80 parliamentary seats in Uttar Pradesh (UP) in the General Elections of 2014.

The Lok Sabha election 2019 was held in seven phases across India from April 11 till May 19, a time span of about a month and a half.