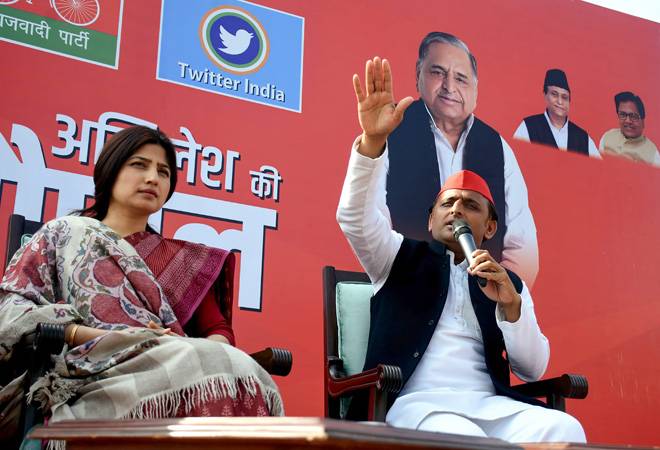 Election Results 2019: Yadav family of Samajwadi Party are poised for a win on their respective seats.

The Azamgarh has been a swing seat, oscillating between BJP, SP and BSP in the recent past. Mulayam Singh Yadav had won the seat in 2014 Lok Sabha elections. The SP founder had also won from the Mainpuri Lok Sabha seat in the same year. This constituency has been with Samajwadi Party since 1996. Shakya, who is facing Mulayam from Mainpuri this time, had fought and lost the by-poll for the seat against Tej Pratap Singh Yadav, another member of the Yadav family.

Kannauj is another seat that Yadav family has kept for a long time. Mulayam had won the seat in 1999, and Akhilesh won it a year later in a by-poll. He once again secured the seat in 2009, but vacated it in 2012 to become the youngest Chief Minister of Uttar Pradesh. The following by-polls saw Dimple being elected unopposed from the seat. She registered her second victory from the seat in 2014 Lok Sabha election after beating Subrat Pathak.

In political terms, Uttar Pradesh is the most significant state in India as it sends 80 MPs to Lok Sabha, the highest in the nation. Getting majority of seats in the state often proves to be decisive in who will form the government at the Centre. Prime Minister Narendra Modi is contesting from the Varanasi seat in the state, and is leading against SP candidate Shalini Yadav.

To stop the Narendra Modi-Amit Shah juggernaut, Samajwadi Party has entered a three-way pre-poll alliance with its longstanding rival, the Mayawati-led Bahujan Samaj Party, and Chaudhary Ajit Singh's Rashtriya Lok Dal. The effort seems to be in vain, as BJP is currently leading on 60 seats in the state.