India Today-MyAxisIndia exit poll suggests the BJP could win 62-68 of total 80 seats in UP; no significant survey has given over 4 seats to Congress 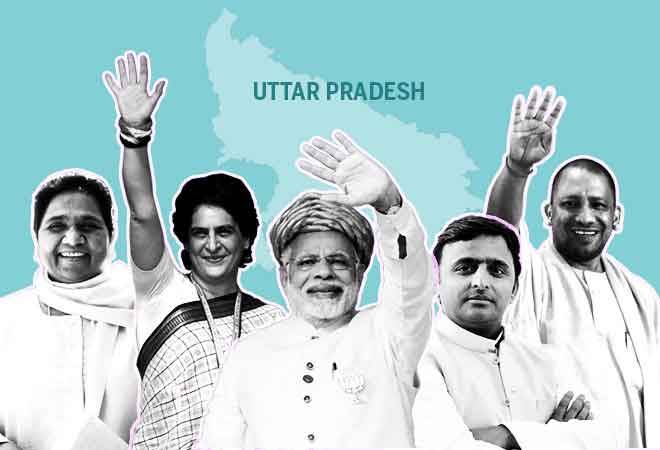 Election Results 2019: All eyes are on election trends in Uttar Pradesh, which sends 80 MPs to Parliament

Lok Sabha election 2019 result: Counting of votes has started and all eyes are on election trends in Uttar Pradesh, which sends 80 MPs to Parliament. Most exit poll surveys had indicated a saffron sweep in the BJP-ruled state. If the once arch-rivals BSP and SP fail to stop Tsunamo in UP this time, and the Congress falls short of enough seats to form the government, it could be 'achhe din' for the BJP in UP again.

India Today-MyAxisIndia exit poll on May 19 suggested that the BJP is set to win 62-68 of total 80 seats in UP. The survey gave just 10-16 seats for the SP-BSP and RLD alliance despite their significant support voter base. Jan Ki Bat exit poll gave the BJP-led NDA 46-57 seats in the state, while 21-32 seats for Mahagathbandhan and 2-4 seats for the Congress party. C-Voter survey, however, predicted 38 seats for the NDA, while 40 for Mahagathbandhan and 2 for the Congress party. As per today's Chanakya, the BJP might win 65-72 seats in UP, while 13-18 seats might go to Mahagathbandan. Times Now-VMR also gave 43 seats to the BJP and 25 seats to the SP-BSP-RLD alliance. Just two exit polls, Nielsen and ABP-CSDS, predicted the Mahagathbandhan victory in UP as both gave 22 seats for the NDA and 56 for the grand alliance in this crucial state.

No significant survey gave more than four seats to the Congress, which had fielded its candidates on all Lok Sabha seats. The magic of Priyanka Gandhi Vadra, who was appointed Congress General Secretary of Eastern UP before the polls and held several rallies for the Congress, seems to have failed to impress voters, if the exit poll surveys are believed. If the BJP wins in UP again, Prime Minister Narendra Modi will prove his ability to swing votes in his favour.

The PM had addressed highest 29 rallies in UP, 17 in West Bengal and eight in Odisha. PM Modi had devoted significant time in UP, which is undoubtedly the most crucial state in terms of the number of seats. Speculations were rife that the BJP might face tough hurdle in UP as the Akhilesh Yadav-led SP and Mayawati-led BSP had come together to defeat the BJP.

In 2014 polls, the BJP swept the state with 42.63 per cent votes. The SP and BSP's collective vote share added up to 42.12 per cent. Poll pundits were hoping that both the parties would be able to increase the vote share by riding on the anti-incumbency wave. However, the SP-BSP combine seems to have failed to attract voters from the non-Yadav Other Backward Class and non-Jatav Scheduled Castes, which comprise 36 per cent and 9 per cent population of total 80 per cent Hindu population in UP.

Election results 2019: What time will counting start, how are EVM votes counted, will final results be delayed?