'Big acquisitions are not part of our growth strategy'

In India for a week-long Asia conference, Dooner, Chairman & CEO of McCann Worldgroup, took time out to speak with BT’s Shamni Pande on McCann, Indian advertising, and rival WPP. Excerpts:

It’s John J. Dooner’s first visit to India, and British Airways has made it just a bit more memorable. The carrier has lost Dooner’s bags, and consequently the Chairman & CEO of McCann Worldgroup is in his collarless night shirt under a jacket. But that doesn’t faze the 59-year-old Dooner a bit. “I am tough,” he quips with an easy smile. Head of one of the world’s largest marketing communications companies that he helped form in 1997, Dooner is imposing and manages to dwarf the capacious three-seater at his suite at The Oberoi, New Delhi. He is widely regarded as someone who’s steered McCann to the #1 slot, successfully pulling off a major restructuring in the process. A 35-year veteran of the $6.2-billion (Rs 24,800 crore) Interpublic Group, Dooner has spent most of that time at McCann, except a three-year break starting 2001, when he took over as the Chairman & CEO of the parent company. In India for a week-long Asia conference, Dooner took time out to speak with BT’s Shamni Pande on McCann, Indian advertising, and rival WPP. Excerpts:

Question: What is the credit you would want to take for the restructuring that has happened within IPG?

Answer: I have been with McCann for almost 33 years. In 1987, we were ranked as the eighth largest agency; we got together and decided that we have to be #1 and by 1991, we had reached that slot. I also recognised that quest for size was really not the ultimate quest and the quest had to be for quality and excellence and we retained that #1 position till 1997, which is when I introduced the Worldgroup and all the companies under it are best in their field. 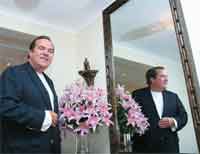 In 2001, I went on to IPG—that wasn’t fun (just kidding)—but there were many issues around that time that were discussed. And just when I came back to McCann in 2003, it got back on track again and we have not looked back. When individuals win, others within like to follow. For instance, Prasoon (Prasoon Joshi, Executive Chairman and Regional Creative Director, McCann Erickson South & South East Asia) has carved change and we have reached the #2 slot within five years—that’s fast. So pretty much that’s what has happened to McCann and me. I think, I stressed that McCann has to focus on the fundamentals. We are also well past our tough times. I am tough and those were just passing problems.

Question: There are rumours that Publicis is trying to swoop in on IPG. Comment.

Answer: I am here representing McCann and not rumours about Interpublic.

Question: Given the issues that the Interpublic group faces on account of expensive acquisitions in the past, will you still consider it here?

Answer: Let me not answer for IPG. The Worldgroup started 10 years ago, at that time there were two global companies: McCann and Universal McCann and five were created— MRM Worldwide, Momentum, McCann Healthcare, Weber Shandwick and FutureBrand. A significant portion of building those brands was through acquisitions. Those brands all have global platforms and are recognised by their size and reputation. So going forward, we do not need to make global acquisitions for the purposes of having footprint. Some of our competitors, like Publicis, who do not have these, do need to make acquisitions and acquire capabilities. So, big acquisitions are not part of our growth strategy. Now, are there going to be some small or strategic ones? Yes. Are we going to make them? Yes, certainly. So, it’s nothing to do with IPG or its situation.

These acquisitions will probably be in countries like India and China. These would possibly be in the area of digital space as we do need these capabilities to supplement our existing strength. But organic growth is what we are really looking at through a competitive war front.

Question: When did the tipping point happen for McCann Erickson in India, when it started to make an impact within McCann’s global system?

Answer: McCann Erickson has a 100-yearold history, whereas ownership of McCann in India is only 10 years old. It’s only in the last five years that McCann in India has emerged as the second most regarded company—that’s a huge achievement. The creative product coming out of India has shown leadership in its ability to participate at the global level.

This has also led to business growth and wins. Now Prasoon represents not only India but McCann globally and is part of 13-person group called the Collectors, so India is taking its place on the global stage. It’s the Collectors’ judgment on different disciplines that will be assimilated in the way McCann functions, and which is eventually to help clients on a global scale.

Question: There appears to be a concern among agencies today to make marketing services account for a bigger share of earning, as these are growing at a faster clip than traditional advertising business. How is McCann poised to take advantage of these?

Answer: We are blessed with client partners that lead in the technological sphere—like Verizon, Intel, Microsoft and Sony and others— who make sure that we stay on the leading edge of development and change. We do have some minor investments in some places like Facebook, Spongecell and Spot Runner, which are to ensure that we stay abreast of what’s going on and get a share of those developments. In a bigger sense, our involvement with Microsoft, for instance, and their involvement in the area of digital space and helping them become major media advertisers is our bigger role. But, yes, digital is big area of our focus and this is one space that’s growing in a big way all over the world.

Question: Is outsourcing creative from McCann Erickson in India an option and would this be helpful in cost-cutting?

Answer: Prasoon Joshi: The news is that Perfetti ad for Alpenliebe—the one using actor Kajol and the alligator— is now running globally without any modification. Earlier, for HappyDent (the photographer ad), we had to make some modifications. But this ad has no modification.

Dooner: Answer is yes, but it is not for cost-cutting. It’s because great ideas do come from a wide range of countries, but Prasoon and his operations in particular have demonstrated the ability to do work that’s very relevant, especially so in India. So, that’s going to continue.

I do believe that many countries do have both the creative and strategic abilities to identify platforms for brands that are relevant in most parts of the world. This is, however, not a random exercise —like send in your ‘30 sec spot’. The necessary rigours have to be in place.

Question: Do you think account servicing as a function is getting redundant? 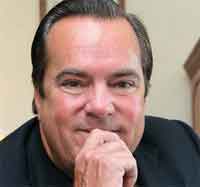 Answer: The role of different communication tools and how they interact with each other has changed. So, it’s very important that at the beginning of any communication, different disciplines (like media, PR, CRM, promotion and event) sit together and discuss what’s required and share vision before execution. Eight years ago, the ad company made an idea platform for the brand and dished it out— that’s over now. So, the servicing executive’s role has to evolve and they have to become more of a ‘mixologist’—someone who can assimilate all the different streams and their requirements to service brands. If they do not, or have not done that then that kind of ‘servicing’ person is redundant now. I think the ‘old’ (type of) servicing person is not in a good position.

Question: There’s been a wave where creative people have become agency heads (like Prasoon). Going forward, do you think CFOs will take charge given the way margins are under pressure?

Answer: I don’t think that’s ever going to happen. Operating companies ought to be driven by practitioners— and arguably that’s a creative person. Now, here’s the difficult bit: holding companies whose purpose it is to provide capital and have to work with analyst with stock value, they are almost always ruled by financial people. So you have Michael I. Roth (Chairman & CEO of IPG), Maurice Levy (Chairman & CEO of Publicis Groupe), Martin Sorrel (Group Chief Executive of WPP)—they’re all from the financial rung. That is appropriate and should continue.

Question: You started your career in media, is bulk buying no longer relevant?

Answer: Given media fragmentation, the term ‘bulk’ is strange. But then there is another called the upfront deal—whose demise in the US was greatly exaggerated, it’s still very powerful. You have to construct buying in a manner that it will not disadvantage the client, so if it’s appropriate for a certain client where you have to put forth more money into something, then you have to do it. But by and large it does not work always in today’s environment.

Question: Finally, how relevant is size for competitive advantage, as McCann does not have the benefit of a concentrated group advantage— the way, perhaps, the WPP companies have in India?

Answer: How does that matter? Doesn’t JWT compete with O&M for business? I think where you may be seeing some of that is in media; WPP has taken a global strategy where media is separate and Martin Sorrel does not care if the agency wins or the media wins. I don’t follow that strategy. I believe that media has to have an interconnected relationship with the agency in order for the best idea to be done. And I don’t know anywhere else where they make a big deal of WPP. I don’t ever remember Ogilvy talking about how fun they are (sic) at WPP. Maybe you do, I don’t. Ten years ago, they started this operation and today their clients are asking for change.

We are fond of IPG and we are not trying to minimise that. But I am of the view that IPG resources have to be to the point that our clients benefit. Also size is important to show that you have the appropriate amount of clout. That’s all that size should be. We have enough size. Really, everything else is about the idea. And the creative product is the only way you can build a compelling relationship between a brand and the consumer.

'India will be our global digital hub'