We have to revisit the whole financial sector: Y.V. Reddy

Reddy, the 67-year-old bureaucrat-turned-banker, is credited with making carefully calibrated moves to save the Indian banking system in the face of the global meltdown and ensure that it remained unscathed.

At a function to launch former Reserve Bank of India governor Yaga Venugopal Reddy’s latest book India and the Global Financial Crisis: Managing Money and Finance, HDFC Chairman Deepak Parekh drew attention to a comment (carried on the book’s cover) by Nobel Laureate Joseph E. Stiglitz: “…if America had a central bank chief like Y. V. Reddy, the US economy would not have been in such a mess.” 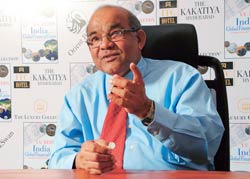 Y.V. Reddy
Reddy, the 67-year-old bureaucrat-turned-banker, is credited with making carefully calibrated moves to save the Indian banking system in the face of the global meltdown and ensure that it remained unscathed. “People can say I had an easy time as there were no scams during my tenure,” says a smiling Reddy, looking back on his tenure which ended on September 5, 2008. An early riser (he is often up as early as 4 a.m.), Reddy took time off from his busy book launching schedule to speak to BT’s E. Kumar Sharma. Excerpts:

Q.You had quite rightly imposed some tightening in the monetary policy but that is now getting liberalised, is this what is needed now?
A. Yes, this is what counter-cyclical regulation and policy is about. Since we tightened the prudential regulation when credit was growing too fast, a reversal was necessary when the credit is not growing that fast.

Q. Are we seeing a bottoming out of the slowdown?
A. It is very difficult to say. Just as no one really knew when the asset bubbles were forming, you may not know exactly when things are improving. As far as India is concerned, I would say that just as the original effect was mainly due to the export demand coming down, the early revival signs will be when we see export demand picking up.

What challenges do a large fiscal deficit —of the kind India now has—pose to the conduct of monetary policy?
If the quality of fiscal deficit (the way the fiscal deficit is funded and the way money is spent) is a given, a large deficit affects the funds available for the private sector. There would either be a crowding out of resources to the private sector or the current account deficit would have to be expanded. The lesson is very clear from Eastern Europe and some Latin American countries: a large current account deficit over the medium term leads to instability.

The government had to increase cash-reserve ratio (CRR) and the statutory liquidity ratio (SLR) to fund the deficit, and to do so smoothly. But if there is a persistent fiscal deficit and you also want to open up markets, then increasing the SLR leads to another issue: a disparity between domestic and global banks that renders the domestic banks uncompetitive.

Therefore, in order to finance the deficit but maintain stability, one is forced to create certain defence strategies that are consistent with market liberalisation. The challenge is frustrating in a way because the main objective of the monetary policy then becomes how to protect the system from adverse implications of large fiscal deficits.

Q. Does this apply in the current context?
A. In the current context when there is depression in demand, some amount of stimulation is warranted. There are a few implications, of course. First, one has to be sure that such a stimulus will ultimately be withdrawn. Second, how are the financial markets viewing the deficit and what is their tolerance for it? If the government gets into obligations (of a long-term nature) in the name of fiscal stimulus, then a withdrawal becomes difficult.

Q. What is the key message of your book?
A. First, it talks about the global financial crisis and the lessons learnt from it. It also discusses what the Indian experience is teaching us. These are both related in some ways. People are debating whether it is a state failure, a government failure or a market failure. The markets say the regulator failed and the regulators say markets are greedy and the incentive system was bad. Markets say the regulator did not know how to manage the innovations and therefore there was a problem. The bottomline is that things are not that simple. I have raised the same questions, debating whether it is a private sector or a public sector failure, and if it is a moral failure or an intellectual failure. The answer to both questions: both are equally responsible. We have to revisit the whole financial sector.

Some economists warn of a large liquidity overhang leading to high inflation in a year’s time. Is this a valid concern?
Again, much depends on how we are managing liquidity. There is also the component of cross-border liquidity. Suppose you have opened up the economy and in the US they have injected huge liquidity. Are you sure it will be confined to the US? It can spill over to other countries so you may end up in a situation where you will have capital inflow.

It won’t necessarily lead to very large inflation, but it is something which the policymakers have to carefully monitor. The key is a sound exit policy—a plan on how to get out when you go to a war. Sometimes vested interests are interested in keeping heavy liquidity and keeping the interest rates low even after the necessity to keep them low ceases. So, it is good that the problem is being flagged.

Q. Given your experience at RBI and in your current capacity as a member of the UN task force to examine possible reforms of the global financial system, what should be the key priority today?
A. I think the edifice on which the socalled financial system was built is now being questioned. Single objective, single instrument, no counter-cyclical regulation—all these issues are being revisited. I expect a very different framework of how the financial sector should be, compared to what we thought earlier. After the Great Depression that began in 1929-30, theories changed, institutions changed, the very framework of financial systems changed. Similar fundamental changes are likely to occur now.

Q. Would being the RBI governor today be a more challenging task?
A. Every governor faces challenges. It wasn’t easy, for instance, to face the Asian crisis or the US sanctions. (But) in some respects people could say I had an easy time as there were no scams during my tenure.

'We generate sufficient profits to grow the Indian business'