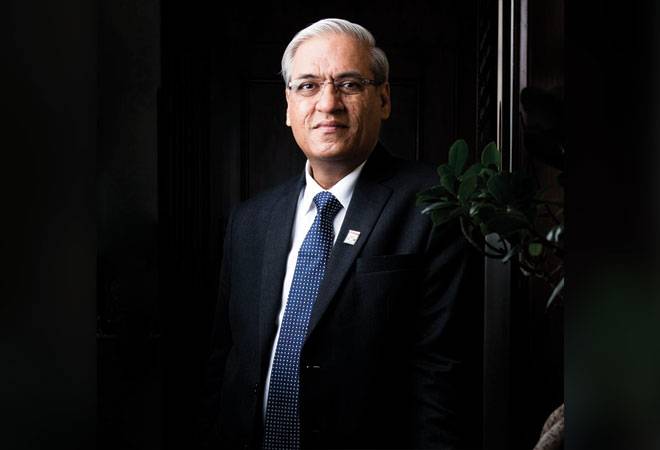 On March 31, 2016, the day before Mukesh Kumar Surana took over as the Chairman and Managing Director of Hindustan Petroleum Corporation (HPCL), the Indian cricket team lost a semi-final match to West Indies in the Twenty20 World Cup. India's journey in the tournament had ended but Surana was drawing up a mid-term strategy for HPCL, naming it Twenty20. One of the aims was to get the oil refining and marketing company Maharatna status.

The criteria for Maharatna status includes a three-year record of annual net profit of over Rs 5,000 crore, net worth of Rs 15,000 crore-plus and turnover of at least Rs 25,000 crore. Among these, HPCL was lagging only in profitability, which was difficult to achieve without increasing the standalone capacity. Surana, therefore, worked towards enhancing crude processing volumes, margins and efficiencies. In the first year itself, the standalone profit of HPCL jumped by 60 per cent to Rs 6,209 crore in 2016/17 from Rs 3,862 crore the previous year. The company reported profits of over Rs 6,000 crore in the next two financial years and finally got the Maharatna tag.

In 2018/19, HPCL recorded its highest ever standalone revenue of Rs 2.97 lakh crore, up by 22 per cent compared to the previous year. The net profit slipped marginally to Rs 6,029 crore from Rs 6,357 crore because of high volatility in crude oil prices. HPCL's two major refineries in Mumbai and Visakhapatnam recorded their best ever throughput in the year. This helped the company enhance its refining throughput to 18.44 million tonnes (MT) from 18.3 MT, with a capacity utilisation of a record 117 per cent.

"In 2015/16, we had processed 17.23 MT crude. The refinery output has been enhanced by 1.2 MT in three years without adding new capacities. We achieved this through debottlenecking and optimal use of existing capacities," says Surana. The company has also optimised the secondary processing facilities, reduced the shutdown time and adhered to the throughput target.

"The fixed cost for processing each barrel of crude is the same for us. So, we have to process more crude oil to make more profits. We reduced the cost of energy and logistics, besides optimising capacity utilisation," says Surana.

As part of reducing freight costs, the company operationalised four dedicated railway rakes to transport LPG. Two more will start operations this year. It also completed construction of a 3,500 km cross-country gas pipeline. In marketing, HPCL achieved its highest overall sales volume of 38.7 MT in 2018/19, 4.9 per cent more than the previous year.

The volatility of crude and product prices and exchange rates, geopolitical issues, technology disruptions, macroeconomic weakness and changing demographies have proved to be major hurdles for all oil companies in the last three years. However, HPCL managed to register a compounded annual growth rate (CAGR) of 17 per cent in net profit in the last three financial years. Its net worth went up at a CAGR of 12 per cent during the period.

Deven Choksey, Managing Director, KR Choksey Investment Managers, says that oil refining and marketing companies have come out of the government subsidy-related issues and are relatively better off compared to their health in the previous decade or so. "HPCL maintains margins better, but in the longer run, it needs to engage in refinery modernisation and complexity improvement," he adds.

Surana says oil companies in India are driven by volume and market share. "We brought profitability to the forefront. It is not only volumes and profits per barrel. The bottom line also has become HPCL's focus. We constituted an integrated margin management group to monitor net corporate realisation. Its job is to ensure end-to-end profitability," he explains.

The best way for survival is growth, he says, so HPCL is now focused on expansion. "We have a traditional gap in what we sell and produce. We sell 38 MT, but we produce just 25MT, including the production from the joint ventures. For bridging the gap, we are increasing capacities in Mumbai and Vishakhapatnam refineries. The projects will be completed by March 2020. We are also getting ready to sell BS VI fuels from April 2020," he says.

The Visakh Refinery Modernisation Project (VRMP) is being executed at a cost of Rs 20,928 crore to enhance capacity from 8.33 MT to 15 MT. The capacity of the Mumbai refinery is being enhanced from 7.5 MT to 9.5 MT at a cost of Rs 5,060 crore. HPCL is also building a greenfield 9 MT refinery and petrochemical complex in Barmer, Rajasthan, at a cost of Rs 43,129 crore. It has also expanded the capacity of Bathinda refinery, a joint venture with Mittal Energy, from 9 MT to 11.3 MT.

Apart from all this, HPCL is also constructing a bottoms at the Vishakhapatnam refinery where it will be able to convert the final crude residue to distillates rather than petcoke. With this, the gross refining margin, which is now $4-6, will improve by $5 a barrel, says Surana. The project is expected to be completed in 2022. Additionally, HPCL has added two new business lines - petrochemical and natural gas. It is setting up a 2 MT petchem unit in Barmer and a 1.7 MT unit at Bhatinda. It is also building a gasification terminal at Chhara in Gujarat. In addition, it has won licences to retail CNG to automobiles and piped natural gas to households in nine cities in Uttar Pradesh and West Bengal in a recent round of bidding. The company also has got a licence for distributing gas in 20 geographical areas.

Ongoing pipeline projects with a total estimated investment of Rs 5,555 crore are in various stages of completion. HPCL is also planning to increase its presence in bio-fuels by building second generation ethanol production facilities and marketing compressed bio-gas through retail outlets.

The company plans a capital expenditure of about Rs 74,000 crore in the next five years to expand its foothold in the domestic market. "Improving profitability, strengthening the core business of refining and marketing and adding new business lines like petrochemical, natural gas and bio fuels are the key steps taken by the company to become future-proof. We are expanding our territories, and have set up a subsidiary in Dubai. It is essentially for expanding our lubes market to Middle-east and Africa. We are already supplying lubes to 14 countries," says Surana.

Achieving these targets would not have been possible without aligning all the teams in the company towards the common cause. Surana's efforts to sync the leadership teams were not without pain.

HPCL has been an informal organisation historically, unlike many PSUs. Surana preserved the informal culture, but brought in the robustness of processes. This had its own challenges, he says. "In a regimental organisation, everybody has the same goal and works towards it. But in an informal organisation, aligning everybody to the common goal is difficult. But HPCL as an organisation has been able to converge goals, teams and business units. We are spread all over the country, but have been able to consistently deliver unified goals," he adds. HPCL's R&D centre in Bangalore has got 34 patents in products and in the three years since its inception.

The R&D facility has been engaged in developing new products, processes and technologies. The company is promoting 15 start-ups under 'HPCL Start-up India' scheme to implement technology centric projects.

As of March 2019, HPCL had 15,440 retail outlets, 5,866 LPG distribution centres and 43 aviation fuel stations. It plans to open retail outlets overseas, beginning with 22 fuel outlets in Bhutan in two years.

The government had sold its 51 per cent stake in HPCL to Oil and Natural Gas Corporation (ONGC) for Rs 36,915 crore in 2017/18. But ONGC is running HPCL as a separate arm.

In three years, HPCL's profile will be quite different as most of its projects will be concluded. The refinery capacity would have increased to 45 MT from 25 MT. It will have much more market spread and new business lines. The size, profitability, market reach and service quality will change, says Surana. After achieving the T20 targets - the company was accorded the status of Maharatna in October 2019 - the company will then play a test match to reach its long-term goals.