IS Jha's focus on speed of execution of projects has done wonders for PowerGrid. 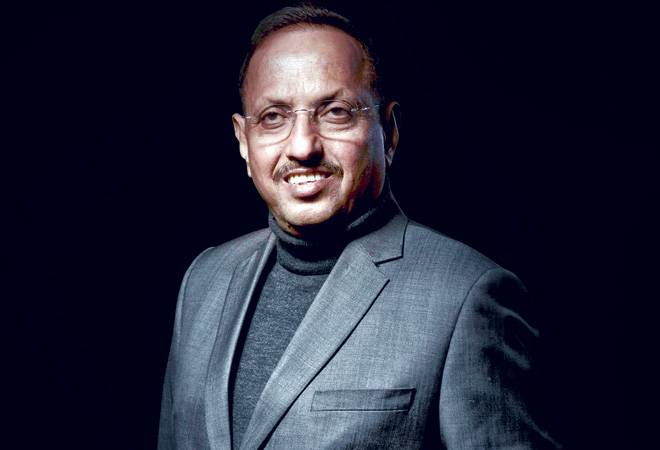 When he was sworn in as a member of the Central Electricity Regulatory Commission, on January 21, 2019, Indu Shekhar Jha made history in the annals of India's power circles. Just hours earlier, he had relinquished charge as Chairman and Managing Director of Power Grid Corporation of India (PGCIL), nearly four months before he was scheduled to retire. Jha is the first chairman in three decades of PGCIL's history to relinquish charge and be appointed a central regulator.

At PGCIL, Jha carries the reputation of being a 'doer' with proven project execution skills. He is also credited with full integration of all grids to form a national grid. Equally important are his efforts to bring about a change in the mindsets of the corporation's officers, infusing them with the need to take along all stakeholders. With him in a regulator's position, there is hope that more pro-active steps will be taken as Jha understands the power sector well. This is significant because after 2015, PGCIL has leaned heavily towards creating an evacuation facility for grid-connected renewable resources, and officials say, "a pro-active regulator is crucial to understand the challenges that the grid and its transmission players face".

When he was at PowerGrid, Jha concentrated his efforts on increasing the speed of project execution. "Time saved is money saved," Jha says. He is of the opinion change needs to be institutionalised and this includes "delegating powers, developing trust among colleagues, organisationally clearing vendor bills rapidly, creating space for new ideas to flow from the bottom to the top," he says. And that's why PGCIL projects that used to be completed in 48 months just four years ago, now take less than 30 months. In the last fiscal, PGCIL reported a turnover of Rs  30,766 crore. In three quarters of this fiscal, the public sector company has already crossed Rs  25,589 crore and has an inventory of projects worth about Rs  80,000 crore which are likely to be completed within 2-3 years.

In the first week of February, the government initiated the process to identify and appoint Jha's successor at PGCIL, handing interim charge to Ravi P. Singh who served as Director, Personnel.

Many of Jha's colleagues believe he was lucky too - he didn't have to focus on designing new projects and neither did he struggle with congestion issues. As luck would have it, Jha's primary job - execution of projects already in the pipeline - played to his key strengths. Prior to his appointment as PGCIL chairman too, Jha was a director in charge of project execution.

Around the time Jha took over at PGCIL, the government's energy sector watchdog, Central Electricity Authority (CEA), projected peak demand at 235 GW and power requirement at 1,611 billion units by the end of 2021/22 in its latest Energy Power Survey Report. This would be around 17 per cent and 15.4 per cent lower than the respective projections in the previous report.

The report notes that India's current transmission projects - under construction and in the planning phase - should prove adequate given India's installed capacity of 349.28 GW vis a vis peak power demand of 164.8 GW.

PGCIL benefitted when the government rewrote the rulebook to mandate that all strategically important projects would only go to the state-run PGCIL instead of - as was the case previously - allocation via tariff-based competitive bidding.

Private players were left fuming but the decision helped improve the state promoted transmission giant's numbers. Jha made the most of this and every other opportunity that came his way.

After the implementation of critical projects such as green corridor, PGCIL was also able to improve its working with state governments either via the nomination route or through joint ventures.

In the Interim Budget 2018/19, the government provided Rs  700 crore for this corridor, increasing spending from Rs  500 crore in the last fiscal. Right now, 74.1 GW of installed capacity comes from renewable energy sources and which the government wants to increase to 175 GW by 2022. The corridor involves grid extensions and upgrades to connect renewable energy plants to the grid. This is a critical factor if India is to remain on course, and make the most of the 2015 climate agreement in Paris.

Organisations like the Institute for Energy Economics and Financial Analysis have pointed to the pressing need for hefty investments if grid infrastructure is to keep pace with renewable capacity addition, and for new households getting electricity.

This would naturally mean a much larger role for PGCIL. "Grid balance is one of the most critical elements of the entire chain... We require effective evacuation of electricity and also need to execute the projects quickly," says Jha. PowerGrid is already doing this, he adds in the context of the joint venture with the Bihar state transmission company and a similar offer made to the Uttar Pradesh transco.

Just before he relinquished charge at PGCIL, the power ministry recommended upgrading the PSU from Navratna to Maharatna status. In that scenario, the management can autonomously decide on investments not exceeding 15 per cent of its net worth, without seeking prior government approval. At present, for PGCIL, this limit is Rs  1,000 crore. If the PSU does become a Maharatna, the next PGCIL chairman will have a lot more space to play.