In a New Avatar 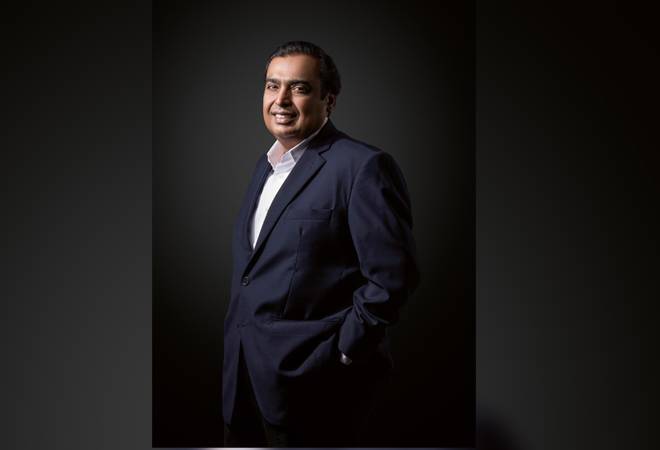 At the headquarters of Reliance Industries (RIL) in downtown Mumbai's Maker Chambers IV, the four 'Mantras of Excellence' that Chairman Mukesh Ambani learnt from his father Dhirubhai Ambani have been encompassed in a golden frame: Think big. Challenge conventional wisdom. Think differently. Think long term. The first mantra is a concise account of Ambani's strategy.

RIL has invested Rs 3.5 lakh crore in its digital broadband venture - Reliance Jio - since 2010. In the process, RIL has emerged as the country's second-largest network in terms of mobile subscribers within three years of starting operations. Jio also has the highest margin in the telecommunications industry because of latest technologies and brand-new infrastructure that it created. It has shaken up India's telecom industry and incumbents Vodafone Idea and Bharti Airtel are struggling to catch up.

RIL has invested a total of Rs 5.4 lakh crore in the last five years and the present capital expenditure cycle has ended for the company, Ambani said in the last annual general meeting (AGM) in August 2019. Besides the investment in Reliance Jio, the parent group invested Rs 1 lakh crore in expanding the petrochemicals business by constructing the world's largest refinery off-gas cracker (ROGC) and its downstream units and a paraxylene plant. The group has also invested heavily in Reliance Retail's geographical expansion and product addition. The retail giant is building partnership networks with millions of small merchants and kirana shops.

The retail business is another classic case study. Reliance Retail, which faced resistance from kiranas and political parties when it launched in 2006, has reported four times the revenues of the second-largest retailer Future Group. During the last fiscal, it opened 3,000 new stores - that's more than eight new stores every day. Through its omnichannel strategy, Reliance Retail is now effectively countering the onslaught of e-commerce giants Amazon and Walmart-owned Flipkart.

That these strategies have paid off is evident in RIL's profit which increased 13.1 per cent to Rs 39,588 crore in FY19 on revenues of Rs 6,22,809 crore, up 44.6 per cent. In the last three years, when the economy was going through a tough time, net profit has grown at a compounded annual growth rate (CAGR) of 16.29 per cent. For all these reasons, RIL's market capitalisation crossed Rs 10 lakh crore - the first for an Indian company - on November 28, and recorded a 220 per cent rise in three years.

The petrochem business has become the largest EBIT generating vertical in RIL for the first time. The earnings before interest and tax (EBIT) increased to Rs 32,173 crore, up 51.9 per cent, in the last financial year. The retail business is also doing well for RIL. The annual revenue increased by 88.7 per cent to Rs 1,30,566 crore and EBIT by 168.7 per cent to Rs 5,546 crore.

Recently, Reliance Retail acquired a controlling stake in iconic UK-based toymaker Hamleys for Rs 350 crore. It has acquired stakes in about 20 start-ups and in half-a-dozen small firms over the past 24 months, to create a bouquet of digital products to counter the likes of Google, Amazon and Netflix.

The aim is to diversify across businesses. For the last seven quarters until June 2019, the gross refining margin (GRM) of RIL had been falling though it bounced back to $9.4 a barrel in the second quarter against $8.1 in the first quarter.

It took six years to start the digital and telecom business since the time he bought spectrum in 2010. The retail business expansion went slow in the first six-seven years. The company was going slow with investments in the Krishna Godavari (KG) basin too. It started investing again after price revisions and investment approvals.

At the product front, Jio is the first one to offer a digital ecosystem to subscribers. In a short span of time it has become one of the most intense data carrying networks globally.

Reliance Retail is adding new products in areas ranging from grocery to footwear and jewellery to electronics. It is following a multi-pronged approach of operating a chain of neighbourhood shops, supermarkets, wholesale cash & carry outlets and specialty and online stores. Ambani is looking to bring in strategic investors in the retail business, besides going for an initial public offering. He wants to rope in a strategic investor in Jio also.

The product strategy in the refining and petroleum business is another interesting point. Ambani plans to convert 70 per cent of RIL's output from the Jamnagar refinery and petrochemical complex to chemicals. At present, the complex produces 90 per cent fuels and 10 per cent chemicals. Ambani foresees reduction in fossil fuel consumption, so his plan is to switch RIL's major volume of fuel production to high-value chemicals. In sync with this is the financial strategy.

RIL had sold 30 per cent stake in its hydrocarbon assets to British giant BP Plc in 2011. The move helped the company to recover the capex it made to develop hydrocarbon blocks in KG Basin. In another stake sale, RIL has formed two investment trusts with tower and fiber assets for attracting strategic investors. An affiliate of Brookfield Asset Management has alredy invested Rs 25,215 crore in the Tower Infrastructure Trust.

Another big deal in the works is with Saudi Aramco. The Saudi government-owned company is negotiating with RIL to pick up 20 per cent stake in the oil to chemicals business. The deal is expected to be valued at over Rs 1 lakh crore.

The expansion and diversification does not mean that debt becomes unmanageable. The company had consolidated debt of Rs 2.92 lakh crore in the September-ended quarter. After discounting cash and cash equivalents of Rs 1.35 lakh crore, its net debt is Rs 1.57 lakh crore. Ambani targets reducing net debt to zero by March 2021.